Portal vein thrombosis (PVT) is a common complication of decompensated liver cirrhosis and occurs in 0.6-26% of patients on waiting lists. In a population of patients with liver cirrhosis, PVT develops within a year in 4.6-12.8%, in 10.2-20% within 5 years, and within 8-10 years in 38.7%. The Liver Transplant Center of the Sklifosovsky Institute in Moscow is the leading transplant center in Russia, which performs liver transplants for portal vein thrombosis - such patients occur on the waiting list of the center up to 30%. The practice of the center led to the need to create its own classification, which would allow making decisions on the waiting list and intraoperatively.
For the purposes of liver transplantation, especially if transplantation is planned from a living related donor, it is possible to propose a classification of portal vein thrombosis that would be applicable to address tactical issues in liver transplantation. A variant of such a classification, which may be called MLTR, is given in Table 1.

Visually, the classification is presented in fig. 1. 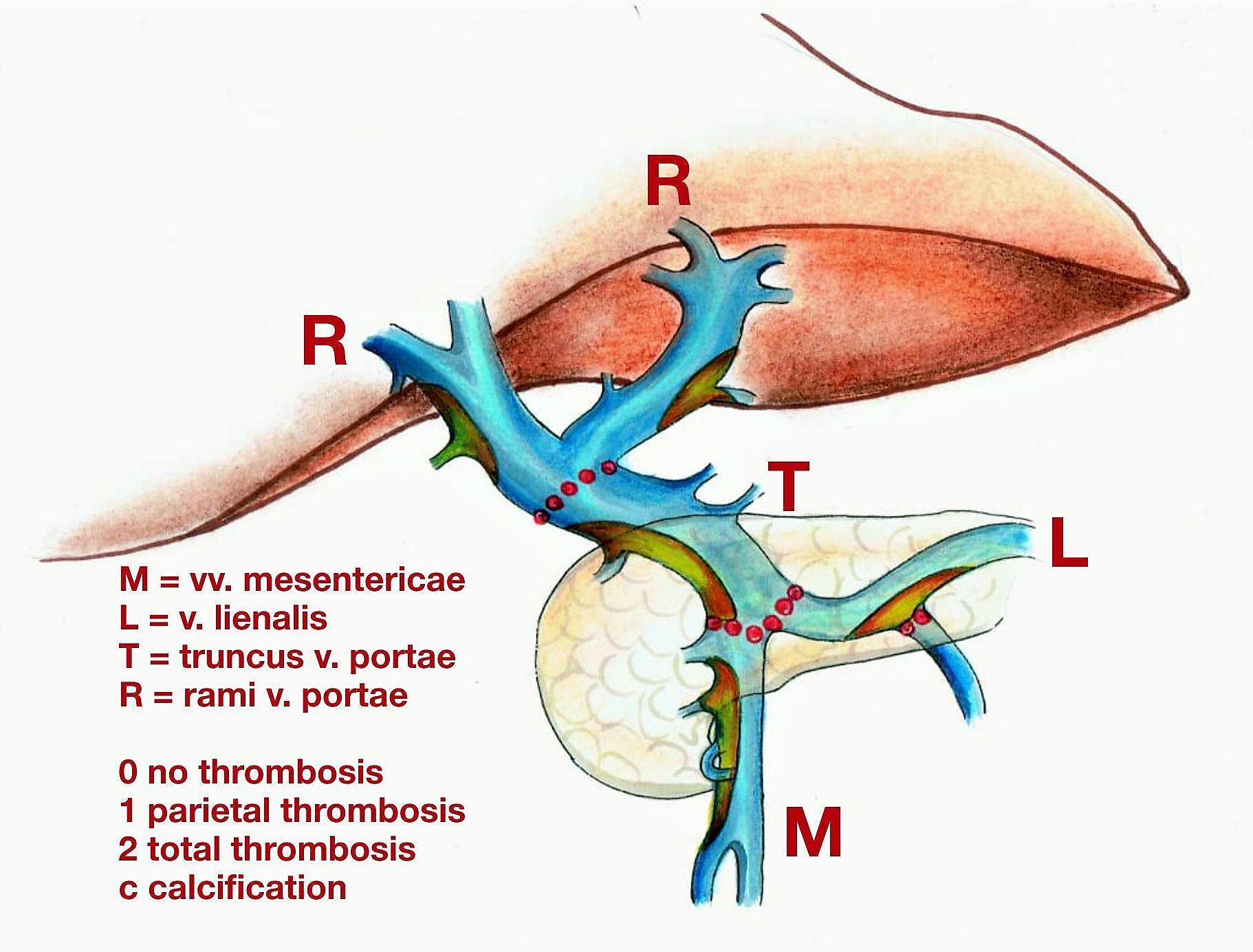 The authors would like to thank Maria Kozhevnikova for her help in illustrating our work.

Presentations by Boris I Yaremin