Introduction: The improvements in the immunosuppression therapies have reduced the prevalence of chronic rejection (CR) of liver allografts, however CR still represents an important cause of graft loss requiring re-transplantation. The biological mechanisms underlying this process remained not completely understood. IL-33 and its receptor (ST2) play important roles in the immune regulatory pathways including tolerance and cirrhosis development and virus infection. To the best of our knowledge, no reports are available describing its role after liver transplant (LT).

Objective: Studying the IL-33/ST2 axis in CR after liver transplant in humans.

Methodology: Liver tissue samples obtained at the time of liver transplantation from donors (Control Group, n=9) and liver tissue obtained from LT (n=12) patients were include in the study. Samples were retrospectively pooled into three groups: NR (No Rejection, normal without any histopathological signs of rejection, n=4), NR-LD (without any histopathological signs of rejection, but presenting liver disease of different causes (i.e., toxic damage, n=5) and CR (chronic rejection, with positive histopathological findings, n=3). Comparisons analysis was made using the Kruskal–Wallis with Dunn’s post-test. Correlations were evaluated with the Spearman rank correlation test. The present protocol was approved by the Institutional Review Board of HUFF (DDI [1490] 2419).

Results: Hepatic levels of IL33 were not statistically different among groups. Nevertheless, the expression of ST2 was significantly higher in liver samples obtained from patients in CR and NR-LD groups (p< 0.05) (Figure 1). Then, we investigated whether ST2 levels were associated with hepatocellular and cholestatic damage, finding that ST2 correlated positively with TB, AST, ALT and ALP levels (p<0.05). Considering that Hepatic Stellate Cells (HSC) are the main source of ECM and collagen and its activation is dependent on IL-33/ST2 signaling, the activation marker α-SMA and the principal profibrogenic cytokine, TGF-β, were evaluated by qPCR in liver tissue. Levels of α-SMA. and TGF-β were increased in the CR group compared with the controls and the NR group, but these differences were not statistically significant. Moreover, the expression of α-SMA positively correlated with METAVIR score in LT patients (p<0.05).

Conclusion: Our prelaminar data indicate that the IL-33/ST2 pathway is modulated in liver allograft in response to damage. Further studies in larger series need to be performed to obtain more insights into the biological function of this axis. 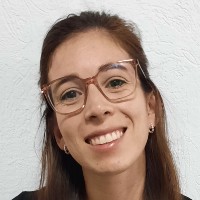