Introduction: Congenital absence of portal vein (CAPV) is very rare congenital anomaly caused by dysplasia in the portal vein (PV) system leading to diversion of blood from gut directly to IVC without passing liver. Clinically after being asymptomatic it can present with encephalopathy from hyperammonemia and hypoglycemia.

Case report: A 8-year old female child who was diagnosed with CAPV was referred to our centre for further evaluation. She was a full-term baby and doing well till 4years of age when she had near fainting. During evaluation she had elevated liver function test, splenomegaly and imaging revealed CAPV with shunting. Her family reported decline in her academic performance over past few years. On index visit her total bilirubin was 1.4 mg/dL, AST 40 IU/L, ALT 29 IU/L and serum ammonia 122 ug/dL with no evidence of hepatopulmonary syndrome. The CECT abdomen revealed common trunk of splenic vein and SMV, directly draining into IVC with prominent hepatic artery (Figure 1). She received deceased donor liver transplant from brain dead donor (Figure 2) and postoperative course was uneventful. Liver function has remained stable with patent PV and hepatic artery. Histology of the native liver showed absent PV with nodular liver parenchyma without cirrhosis.

Discussion: CAPV can lead to encephalopathy and mental retardation; hence careful observation of their symptoms, hepatic function, and metabolic abnormalities is required. LT might be indicated for symptomatic CAPV or prophylactic LT is indicated before the development of pulmonary hypertension or HPS. 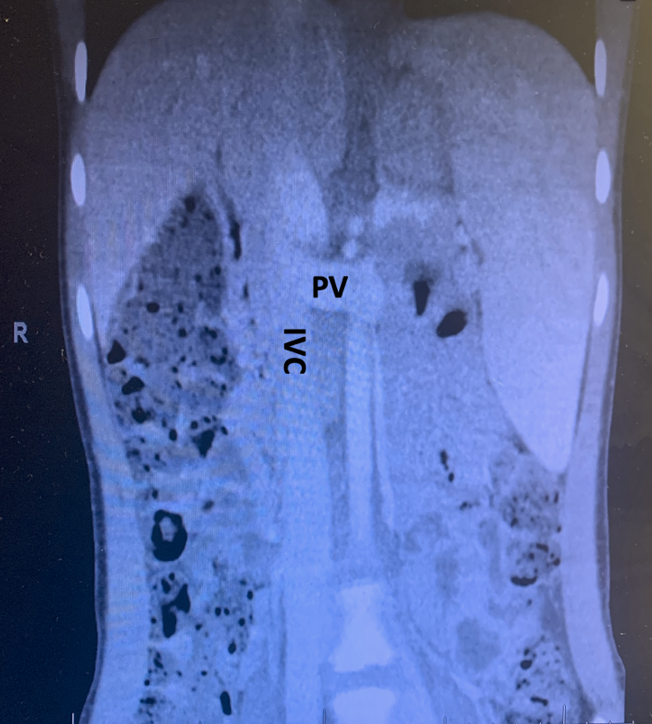 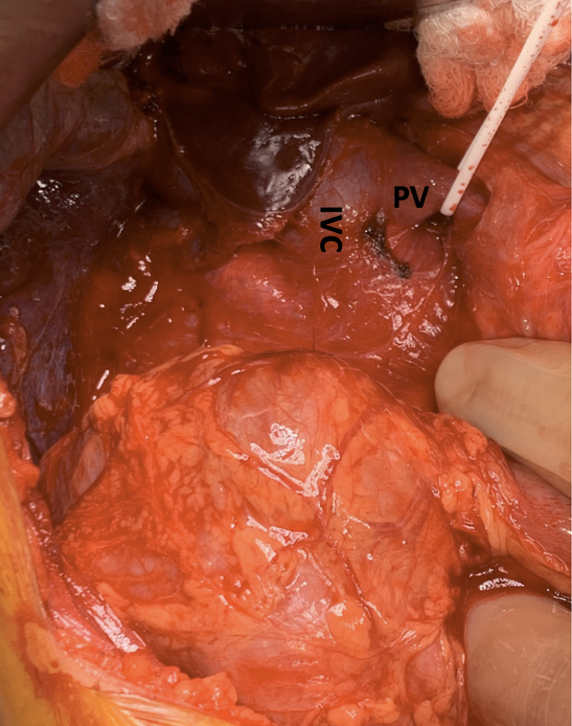