Introduction: Kidney transplantation is the gold standard treatment for end stage kidney disease (ESKD) with a significant impact on morbidity and mortality. Given organ shortages and limited resources it is important to focus on improving graft and patient survival. Post-transplant success is influenced by a complex relationship between donor and recipient characteristics which necessitated the development of a tool to individualize decision-making for clinical kidney offers. Survival benefit is estimated by comparing the predictive survival of the patient with transplantation versus the predictive survival of remaining on the waiting list. It involves two previous indexes, the Kidney Donor Profile Index (KDPI) which focused on the kidney graft quality and the Estimated Post Transplant Survival (EPTS) which evaluates the recipient. This tool was developed in the United States and was used it to evaluate the predicting survival benefit after deceased-donor kidney transplantation in Colombia.

Method: Retrospective historic cohort study which included al the adult deceased-donor kidney transplant patients between January 2009 and December 2021. A descriptive analysis of clinical and sociodemographic characteristics, including KDPI and EPTS was performed. The online tool was used to calculate the estimated-5 year predicting survival benefit for each patient. This will later be compared to graft survival and patient mortality for our population. 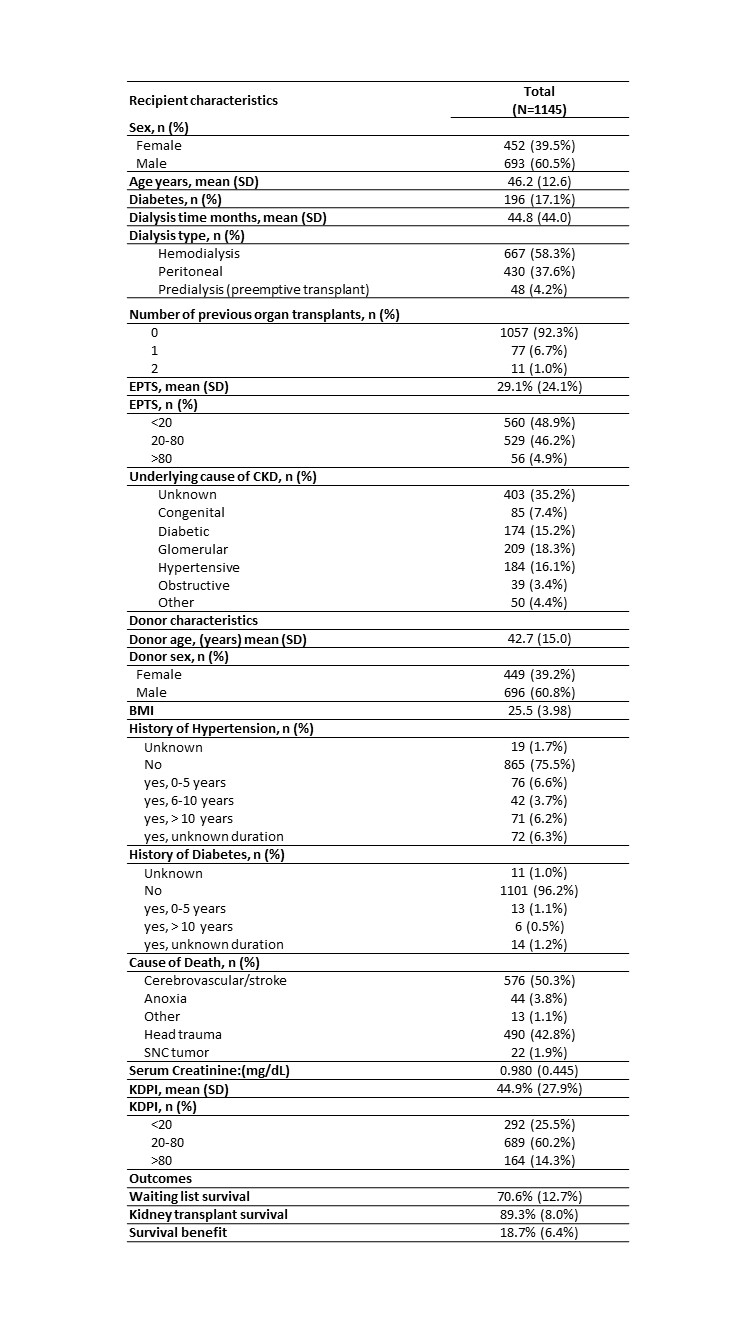 Conclusion: Survival benefit for patients with ESKD has been well documented in literature. Nevertheless, this study reflects the survival benefit for our specific population in Colombia, regarding both donor and recipient characteristics. This tool may be crucial for patient counseling and physician decision making patient tailored.