Background: Single center studies have implicated baseline left ventricular ejection fraction (LVEF) and baseline coronary artery disease as strongly associated with post-kidney transplant graft and patient survival, including in limited multivariate models. However, the United States’ Scientific Registry of Transplant Recipients (SRTR) does not directly include any cardiac variables as part of its risk adjustment model, raising the question of whether the current SRTR model fairly risk adjusts potential recipients.

Methods: This study used the novel prospective United States National Surgical Quality Improvement Program (NSQIP) Transplant database to assess the impact of LVEF and pre-transplant revascularization on post-transplant outcomes in deceased donor renal transplantation (DDRT). Recipients from 2017-2019 were identified and stratified by LVEF into <50 and 50+ categories. A separate analysis stratified patients into if they had received pre-transplant revascularization, defined as either coronary bypass surgery or percutaneous intervention. Post-transplant outcomes were assessed.

Results: A total of 2377 DDRT recipients were included from 29 centers. Mean follow up was 200 days. Only 4.8% had LVEF<50 at transplant, while 13.3% had undergone cardiac revascularization prior to transplant. There were several baseline differences between patients who did and did not have previous revascularization. 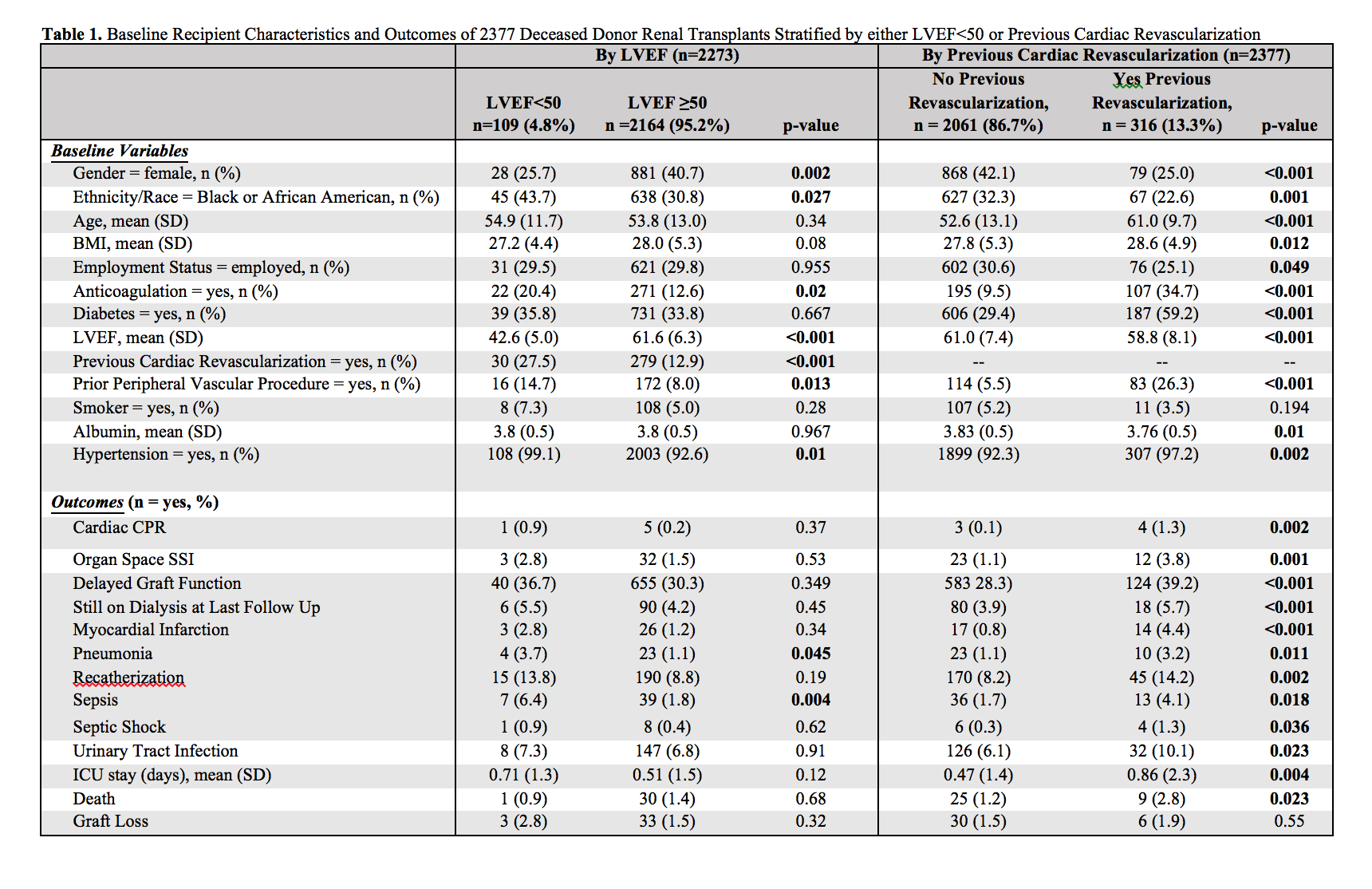