Results: Four pulmonary transplanted patients were submitted to transbronchial biopsy, which either resulted inconclusive (Ax according  with ISHLT grading for allograft rejection) or inconsistent with clinical manifestations and pulmonary function. As an outcome, those patients underwent cryobiopsy to investigate allograft dysfunction. All of them had their rejection grading modified after the procedure and  therefore their treatment which consisted in  pulse therapy with methylprednisolone. The characteristics  of the patients are described in Table1. 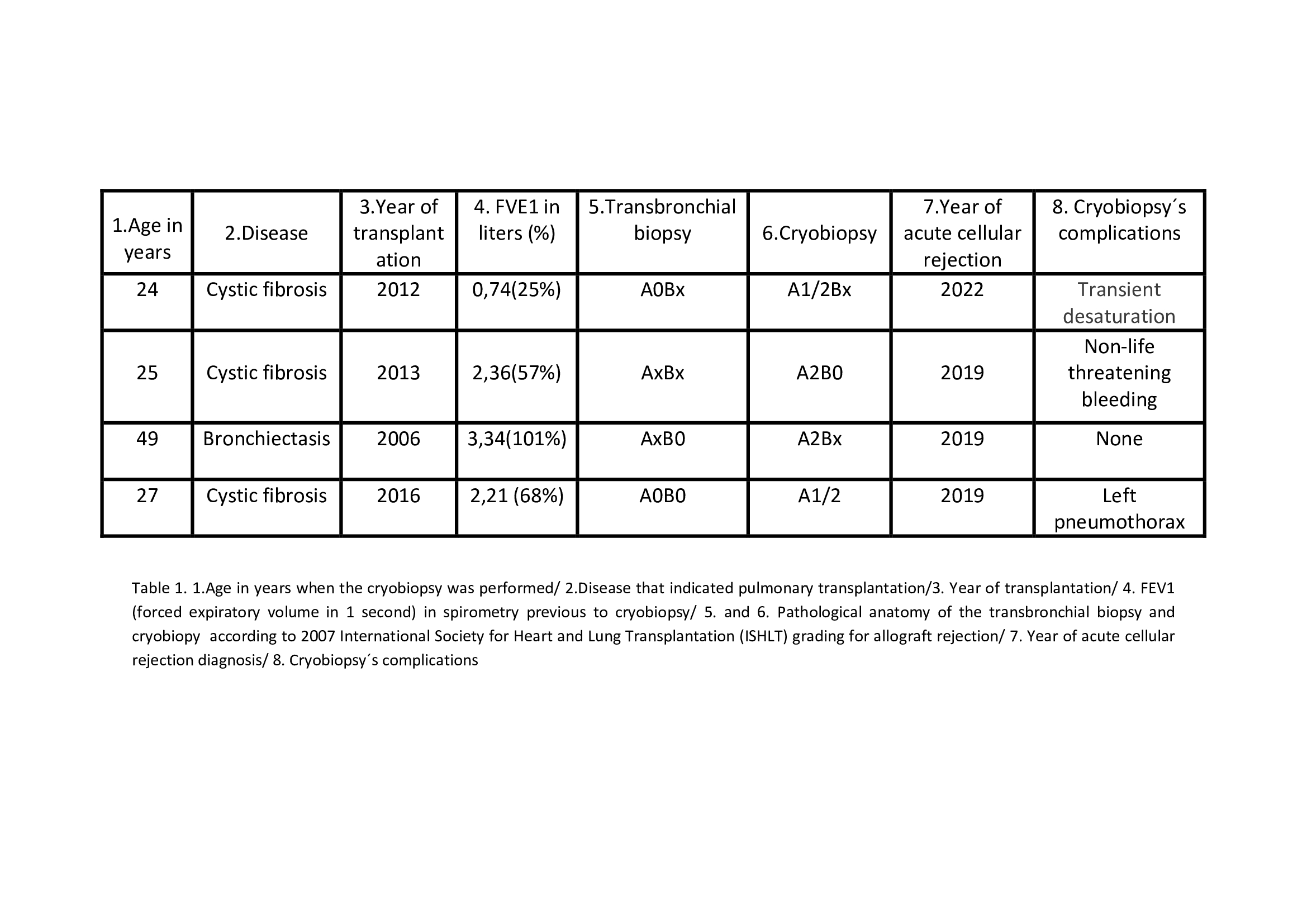 Conclusion: Cryobiopsy is an accurate procedure for diagnosing cellular allograft rejection post lung transplant and can change treatment for patients.