Background: Quily lesions (QL) are tertiary type lymphoid/mononuclear cell aggregates found sporadically in heart transplant biopsies with or without associated rejection. Their role is not well understood. In this study we aimed to characterize the inflammatory phenotype and immunomodulatory pathways associated with QL.

Materials and Methods: Forty two (42) endomyocardial allograft biopsies were included in this study. Biopsies were scored by the ISHLT criteria for rejection, and immunolabled for the T-cell markers CD4 and CD8, and the immunoregulatory markers Foxp3 and TGFbeta 1 for quantification. A subset of 9 biopsies, 5 with QL and 4 without QL were addtionally analized for mRNA expression. Multiplexed mRNA measurement was performed using the nCounter system (NanoString Technologies, Seattle, WA), and data were analyzed with nSolver software (NanoString Technologies, Seattle, WA).

Results: We demonstrated that the presence of Foxp3+ innate and TGF- β + adaptive regulatory lymphocytes in Quilty lesions are associated with higher heart allograft acceptance. Effector CD4 and CD8 positive T-cells were increased in biopsies with rejection. Out of 771 gene mRNA levels measured in the NanoString Transplant Immunology Panel, 274 were upregulated in the Quilty group over the control group, with approximately one third related to adaptive immunity and 5% to innate immunity. Higher levels of mRNA expression in the Quilty group were also shown in pathways for hematopoiesis (11%), cytokine (9%), chemokine (7%), cell-extracellular matrix interaction (7%), and apoptosis & cell cycle regulation (5%). More specifically, the mRNA expression of tolerance-associated immunity markers, including FoxP3, TGF-β, and CTLA4, were higher in the Quilty group (2.82, 1.42, and 3.97 fold increase, respectively, with p < 0.05).  Markers of rejection-associated immunity, including IL-2 and INF-g, although lower in the quilty group, were not statistically different. 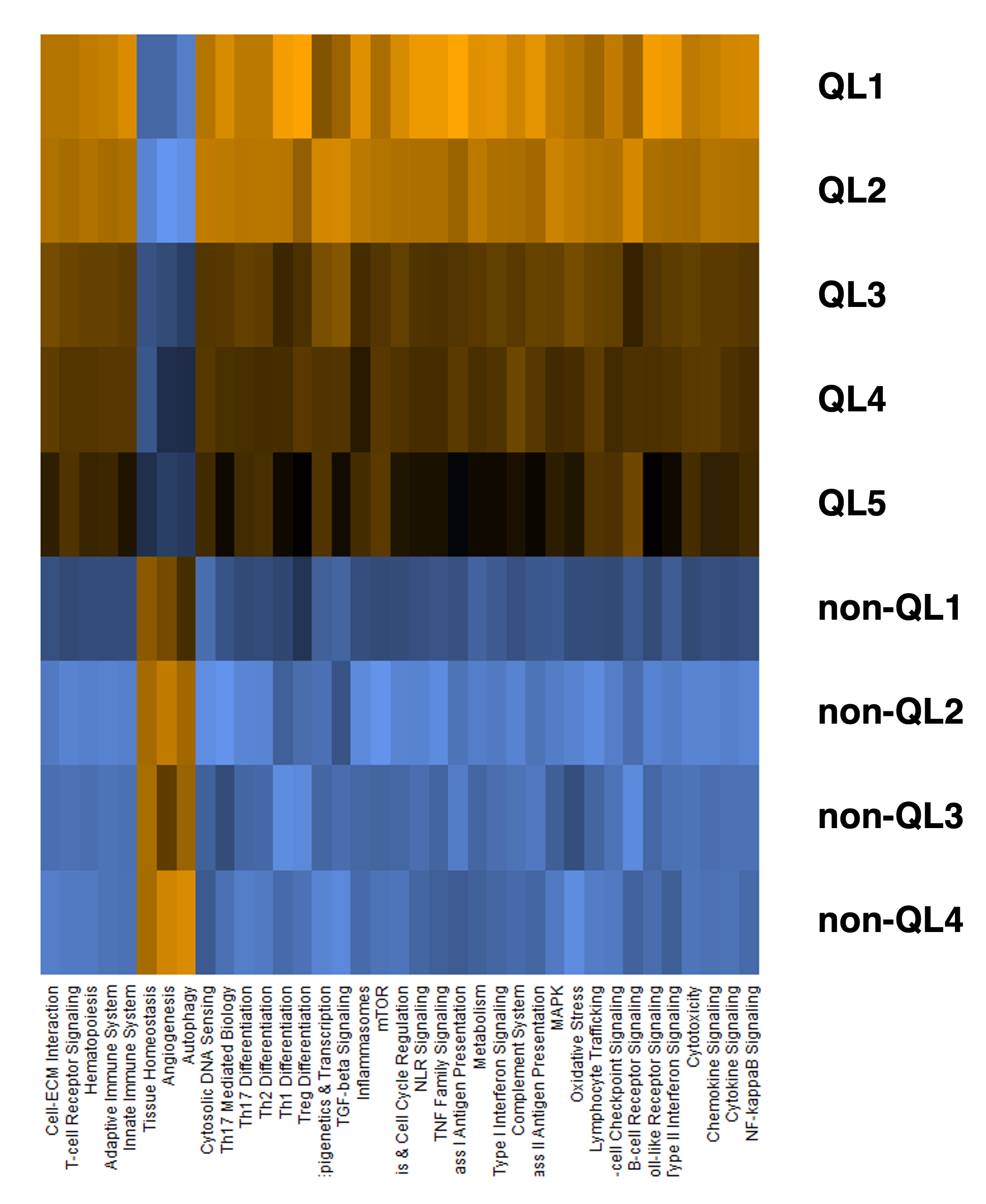 This work was possible with the support of Drs. George and Anne Race Distinguished Professor of Pathology Endowment Fund (Dr. Jose Torrealba).