Methods: Amniotic membranes were collected from delivered placentas with the consent of a pregnant woman who underwent a cesarean section. Fresh hAM were used within 6 hours of collection. Ischemic wounds were made at abdominal wall of male rats (SD, 9 weeks old, 300-350 g) by ligating the arteriovenous and nerve bundles of inferior abdominal wall and excising the abdomen skin with a diameter of 2.0 cm. Microvessel density (MVD) as an index of angiogenesis was measured by double staining with anti-α-SMA and anti-CD34 antibodies. The density of the number of blood vessels as well as the wound area were compared between hAM group and control group. 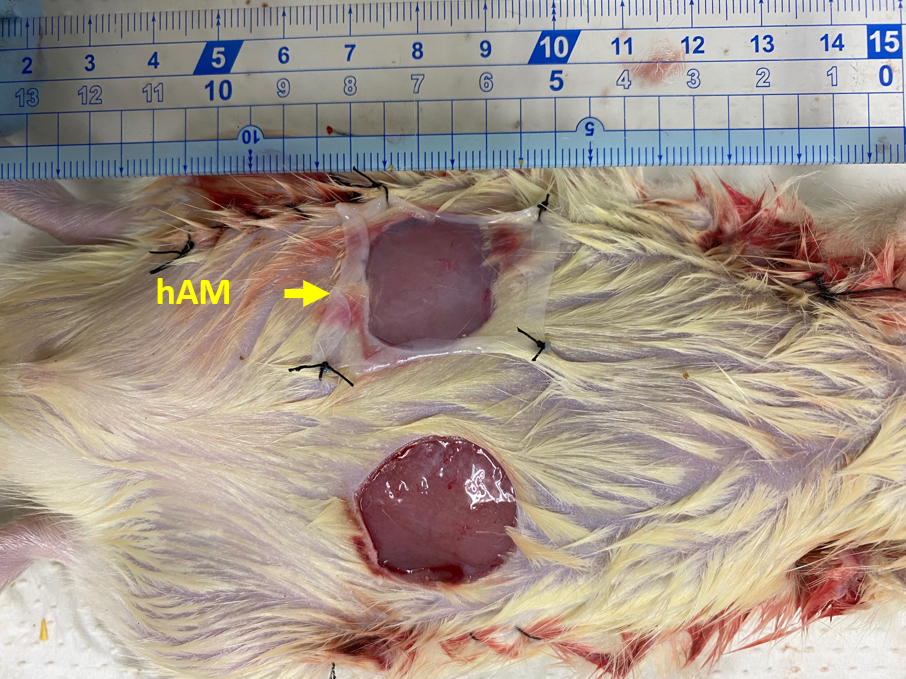 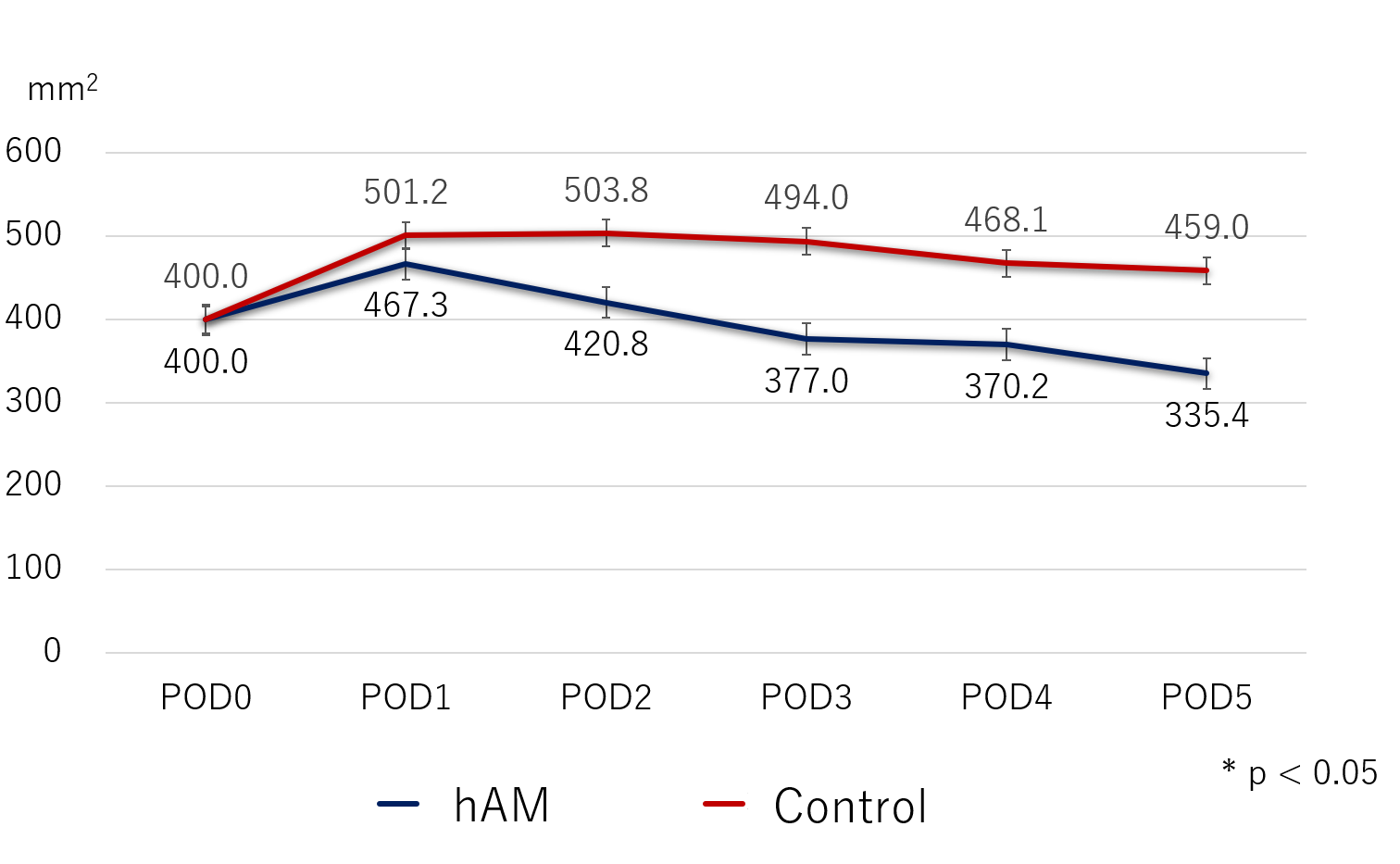