1Dept. of endocrinology, The Catholic University of Korea, Seoul, Korea

Background: β-cell replacement is a promising strategy to treat type 1 diabetes. Neonatal porcine pancreatic cell clusters (NPCCs) have growth capacity after isolation, but immature to normalize blood glucose levels. We previously showed that NPCCs differentiate and expand in alginate-capsule. The aims of this study, we encapsulated NPCCs with alginate and accelerated NPCCs into beta cells using small-molecules. And then the differentiated NPCCs-capsules were transplanted in diabetic BALB/c mice.

Methods: NPCCs were isolated from 3 days old piglets. NPCCs were cultured for 5 days in Ham’s F-10 media and encapsulated with alginate on day 5. The microencapsulated NPCCs were divided by two groups; control, differentiation. DMEM/F-12 media was used as basal media for control group. For maturation of microencapsulated NPCCs, the media was supplemented with ALK5i, T3 and Exendin-4. Both groups were cultured for 2 weeks. The control and differentiated NPCCs (8,000 IEQ) were transplanted into type 1 diabetic BALB/c mice.

Conclusion: We have founded that the combination of ALK5i, T3 and Exendin-4 promoted the differentiation of immature NPCCs into beta cells. 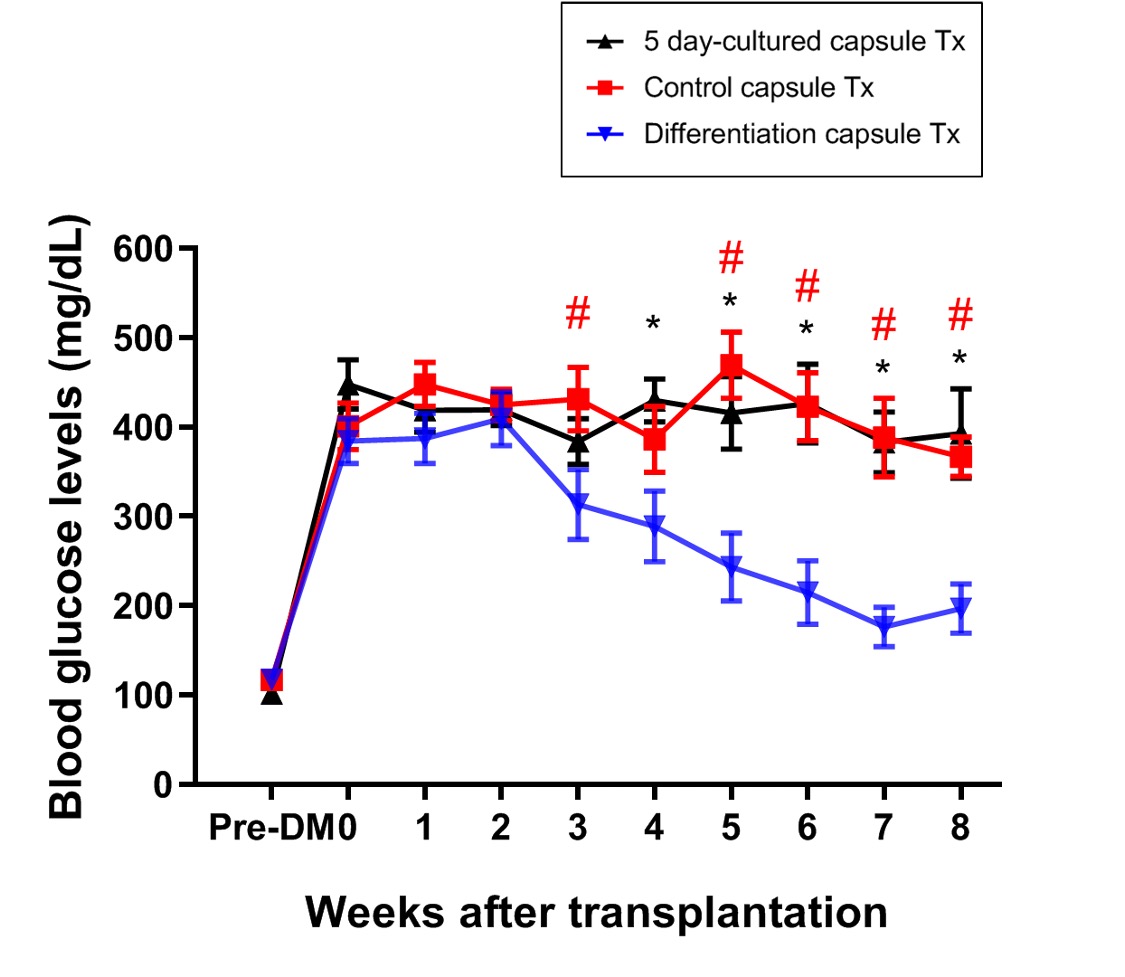