Introduction: The incidence of venous thromboembolism (VTE) in patients after liver transplantation (LT) is 0.4% to 15.5%. Management in the acute post-operative setting is challenging given the increased risk of bleeding. The aim of this study was to evaluate the implementation of a standardized VTE risk stratification algorithm to safely decrease the unnecessary implementation of therapeutic anticoagulation.

Methods: 87 (January 2016 - December 2017) and 182 LT patients (January 2018 - March 2021) were enrolled before and after the implementation of the algorithm, respectively. Primary endpoints included therapeutic anticoagulation for the treatment of a VTE within 14 days after LT and clinically significant bleeding. Safety outcomes included return to the operating room for bleeding, readmission, pulmonary embolism (PE), or death within 30 days after LT. 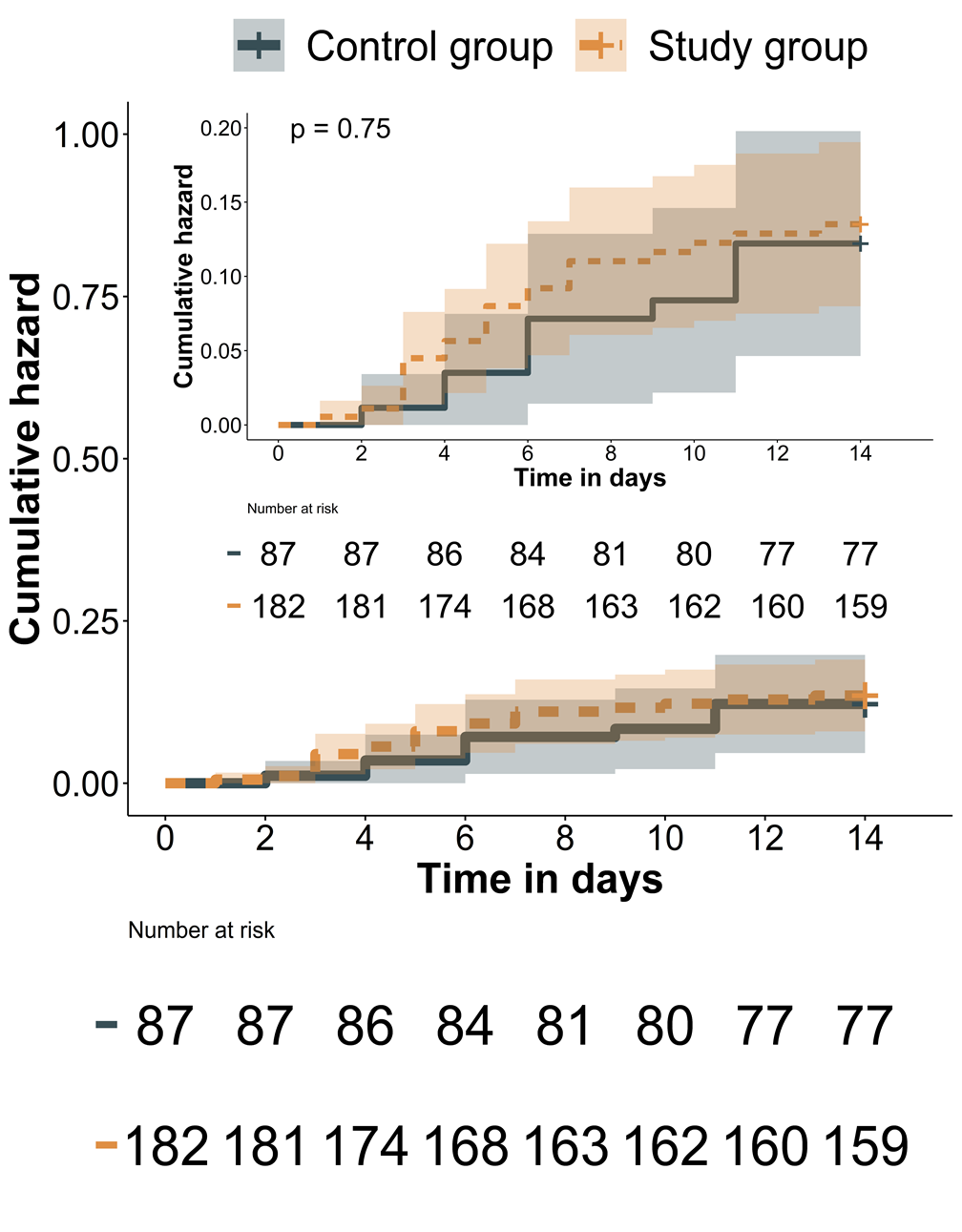