Background: The recipient GDA is often ligated before the HA anastomosis during OLT either to gain mobility, length on recipient HA and with hypothesis that it would prevent “Steal syndrome” protecting the anastomosis. The aim of study is to evaluate its impact on prevention of HA thrombosis (HAT) and consequences of such ligation.

Methods: A retrospective analysis of cadaveric OLT (n=210) with recipient GDA ligated (Group 1) or not (Group 2). Impact was evaluated by occurrence of HAT and consequences by post-operative hyperamylasemia (POHA), nausea and vomiting and delayed feeding. 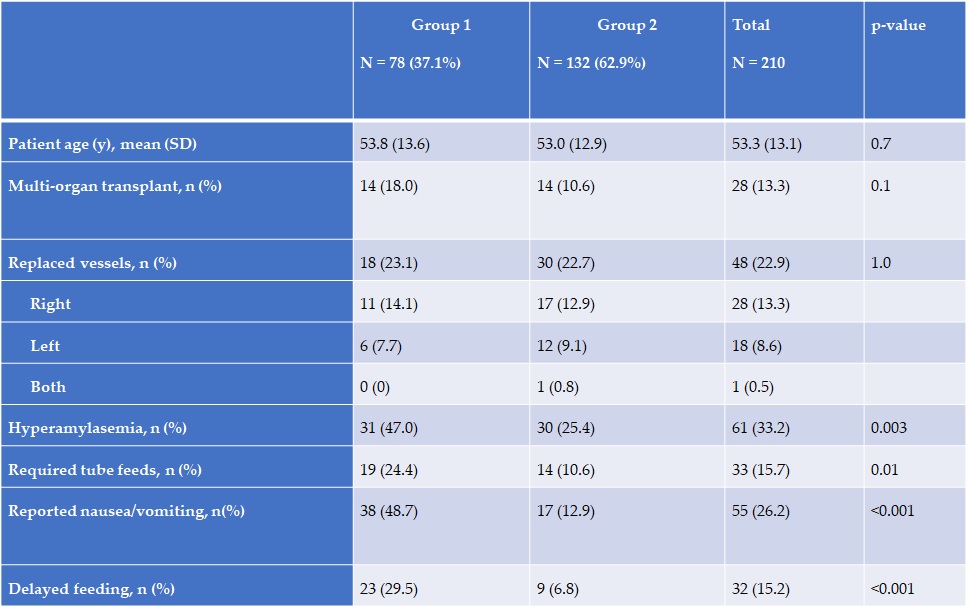 There was no incidence of hepatic artery thrombosis(HAT) reported in either group. In Group1, 31 out of 78(39.7%) patients were reported to have post-operative hyperamylasemia(POHA) ranging between 200 and 4700 Units/liter accompanied by delayed feeding, whereas in Group 2, 16 out of 132(12%) patients had POHA ranging between 200-1400 Units/liter (p value of <0.01 using Fisher’s exact test).

Conclusions: Ligation of recipient GDA is not associated with decreased risk of HAT as compared to non-ligation. However, it does have consequences in the form of possible POHA leading to delayed feeding due to decreased oral tolerance.