P8.141 Prevalence and outcome of kidney transplant recipients infected with BK Polyoma virus at National Kidney and Transplant Institute from 2016 to 2021

Background: BK polyoma virus (BKV) infection is an evolving challenge in kidney transplant recipients as untreated infections often lead to allograft dysfunction or graft loss. The virus is ubiquitous with viruria and viremia being detected in 30% and >10% of patients, respectively. Decreasing the immunosuppression has been established as the mainstay of treatment, however, screening protocols vary between institutions.

Objective: This study aims to describe the prevalence and outcomes of kidney transplant recipients with BKV at the National Kidney and Transplant Institute (NKTI) for the last 5 years.

Results: There were 1057 kidney transplants and 12 BKV cases from 2016-2021 with a prevalence of 1.1%.  The mean age of recipients was 39 (range 17-66) years, majority of which were males (58%) (Table 1).  Half of the recipients had chronic glomerulonephritis with anti-thymocyte globulin being the most common induction agent (67%). Majority (88%) did not have urinary stents. Of the identified cases, viruria (41%) and viremia (33%) were present with 50% having biopsy-proven BKV nephropathy. Most cases presented >6 months from transplant (66%) and viral loads were above 500 copies/ml in 83% of cases. One patient was highly sensitized (8%) and two patients had graft loss (17%). No graft loss and retransplants were done for BKV.

Conclusion: The low prevalence of BKV infection in our center reflects the varying practice of clinicians in the management of transplant recipients. Reduction of immunosuppression remains to be the treatment of choice. Early detection may prevent morbidity and graft loss. Routine screening for BKV has been recommended however, it has yet to gain acceptance among our transplant physicians. 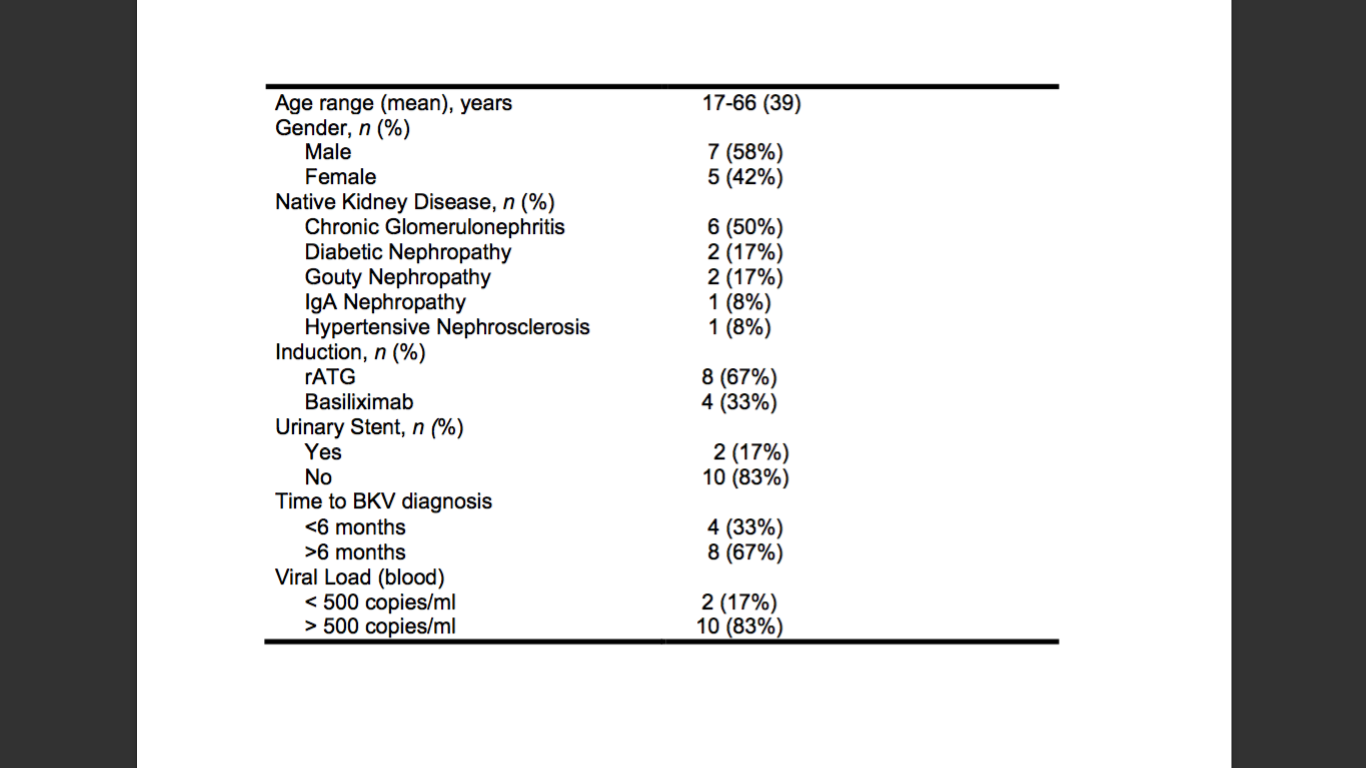