Materials and methods: We reviewed the patient’s medical history as well as the biopsy-reports from native kidneys, whose samples were requested for revision.

Results: 30-year-old male patient with history of nephrotic syndrome with hematuria and hypertension, creatinine of 1.5 mg/dl. The biopsy showed extra-capillary nephropathy with epithelial crescents, he received treatment with corticosteroids and cyclophosphamide, despite of what he evolves with a fall of glomerular filtration rate and dyalisis requirement in 2014. In December 2020 the patient receives a kidney transplantation from a deceased donor. He evolved with delayed graft function with dialysis requirement,  hypertension and microhematuria. The first biopsy showed borderline cellular rejection; he received treatment with methylprednisolone iv.  A second biopsy was performed and it reported nephroangioangiosclerosis and acute tubular necrosis (creatinine 8.07 mg/dl, urea 262 g/dl, and hematuria); subsequently, nitrogen values start to decrease and the patient is discharged. After 45 days, creatinine continued to drop to a minimum of 2mg/dl and proteinuria began to increase to 15g/day. After requesting the blocks of the 2014 biopsies for review, we concluded that the couse or end stage renal disease  was a collapsing glomerulopathy and, in view of the increase in proteinuria (maximum of 15.7 g/d), we suspected that there was a recurrence of an underlying disease. We performed a third biopsy: glomeruli with hypertrophy and focal podocyte hyperplasia. The patient received treatment with methylprednisolone iv, plasmapheresis  and rituximab. Creatinine decreased to 0.9mg/dl and protein to less than 1 g. 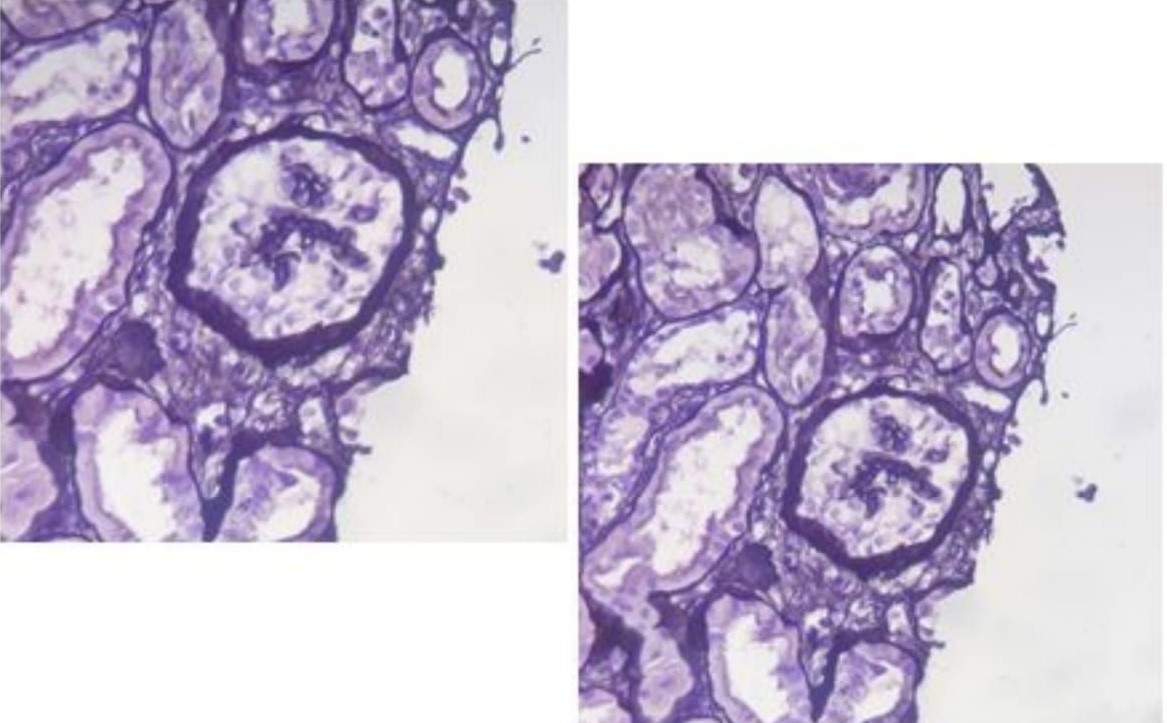 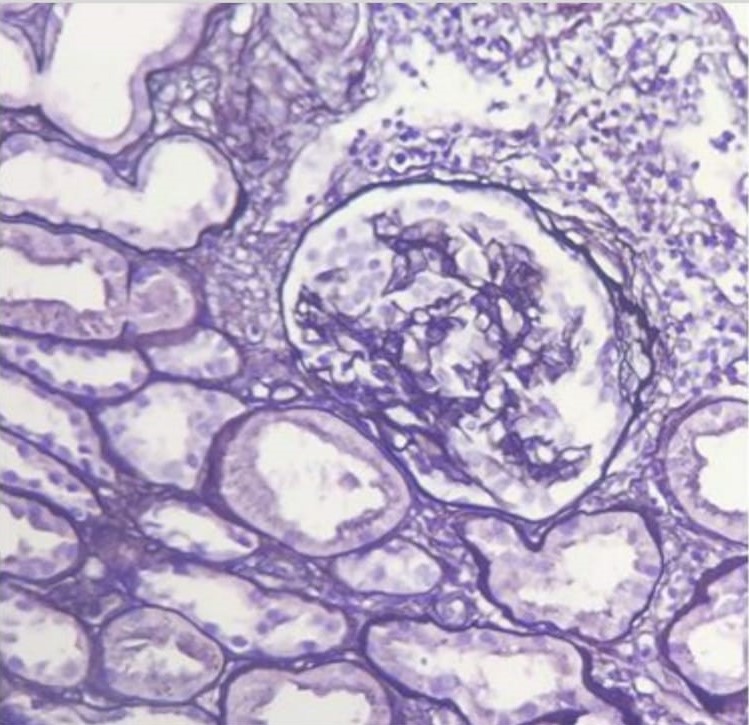 Conclusion: Collapsing glomerulopathy is histologically defined by  segmental or global capillary collapse and hyperplasia and hypertrophy of epithelial cells in the urinary space. This exaggerated cellular hyperplasia may resemble a crescent, sometimes leading to misdiagnosis. Recurrences of glomerulopathies in kidney  grafts represent a challenge; therefore, knowing the cause of end-stage renal disease prior to transplantation is fundamental to be able to plan ahead these clinical situations.