P8.020 Incidence and Correlates of Testicular Pain After Kidney Donation

Incidence and correlates of testicular pain after kidney donation

Methods: We evaluated the presence of testicular pain in a retrospective cohort study of kidney donors who donated between 1963 to 2007 at three US transplant centers as part of The Renal and Lung Living Donor Evaluation Study. Univariate, bivariate and multivariate generalized linear model (GLM) were used to determine factors associated with having testicular pain. 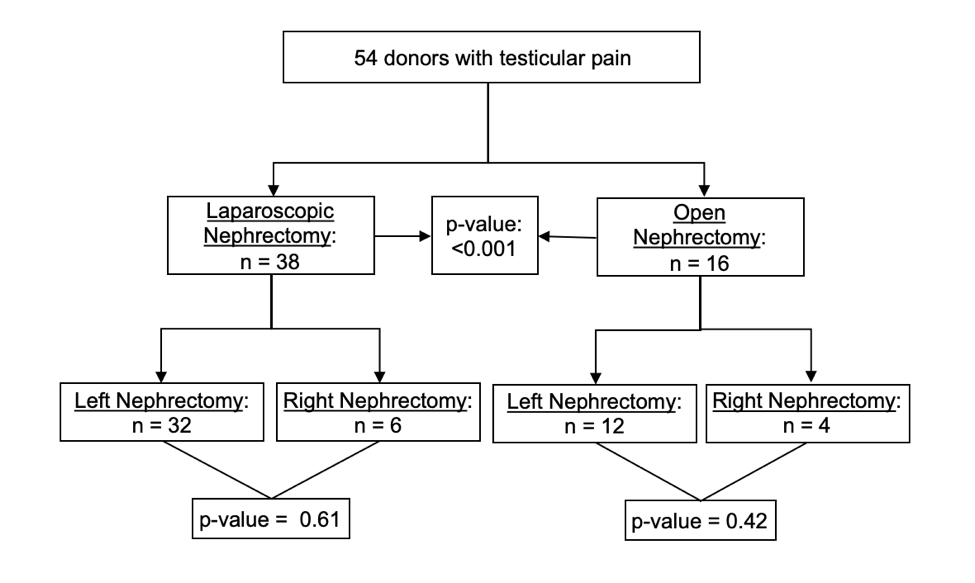 Conclusions: The incidence of testicular pain was 2.12%; similar to previous retrospective studies. Factors associated with its development include non-Hispanic White ethnicity and undergoing a laparoscopic nephrectomy. Contrary to previous reports, the laterality of the donated kidney was not associated with an increased risk of testicular pain. We believe that donors should be routinely asked about this potentially bothersome complication.