Introduction: Cytomegalovirus (CMV) is the most important viral infection in organ recipients and can be a major cause of morbidity and mortality. Most transplant centers use prophylactic therapy in patients considered to be of high risk for CMV infection (D+/R- status) for 3 to 6 months after transplant. Our study aims to determine factors associated with early (defined as a diagnosis within 3 months of transplant) and delayed-onset CMV disease and association of CMV with outcomes (graft failure, biopsy proven rejection and death) among kidney transplant recipients.

Methods: We perform a retrospective study of 2064 patients who received a kidney at our center between 2010 and 2017. Patients were stratified according to recipient/donor CMV serology status at the time of transplant. Donor and recipient demographics, incidence of organ rejection, graft failure, patient mortality, CMV infection after transplant (early and delayed onset) and renal function were determined using the electronic transplant database at our institute. CMV infection was defined as evidence of CMV replication (viremia) regardless of symptoms, and CMV syndrome was defined as the presence of 1 or more of the following, together with evidence of CMV viremia: fever (>38°C), new malaise, leukopenia (<3500/µL), thrombocytopenia (<150,000/µL), or elevation of hepatic transaminases.

Conclusion: On long-term follow-up, CMV infection is more prevalent among seronegative patients who received a graft from seropositive donors (CMV D+/R-).Early and delayed onset of CMV infection or syndrome can adversely affect graft function and patient survival. We need more aggressive prophylaxis and post-transplant screening for high-risk patients. Development of CMV vaccine may help CMV negative recipients in the future. 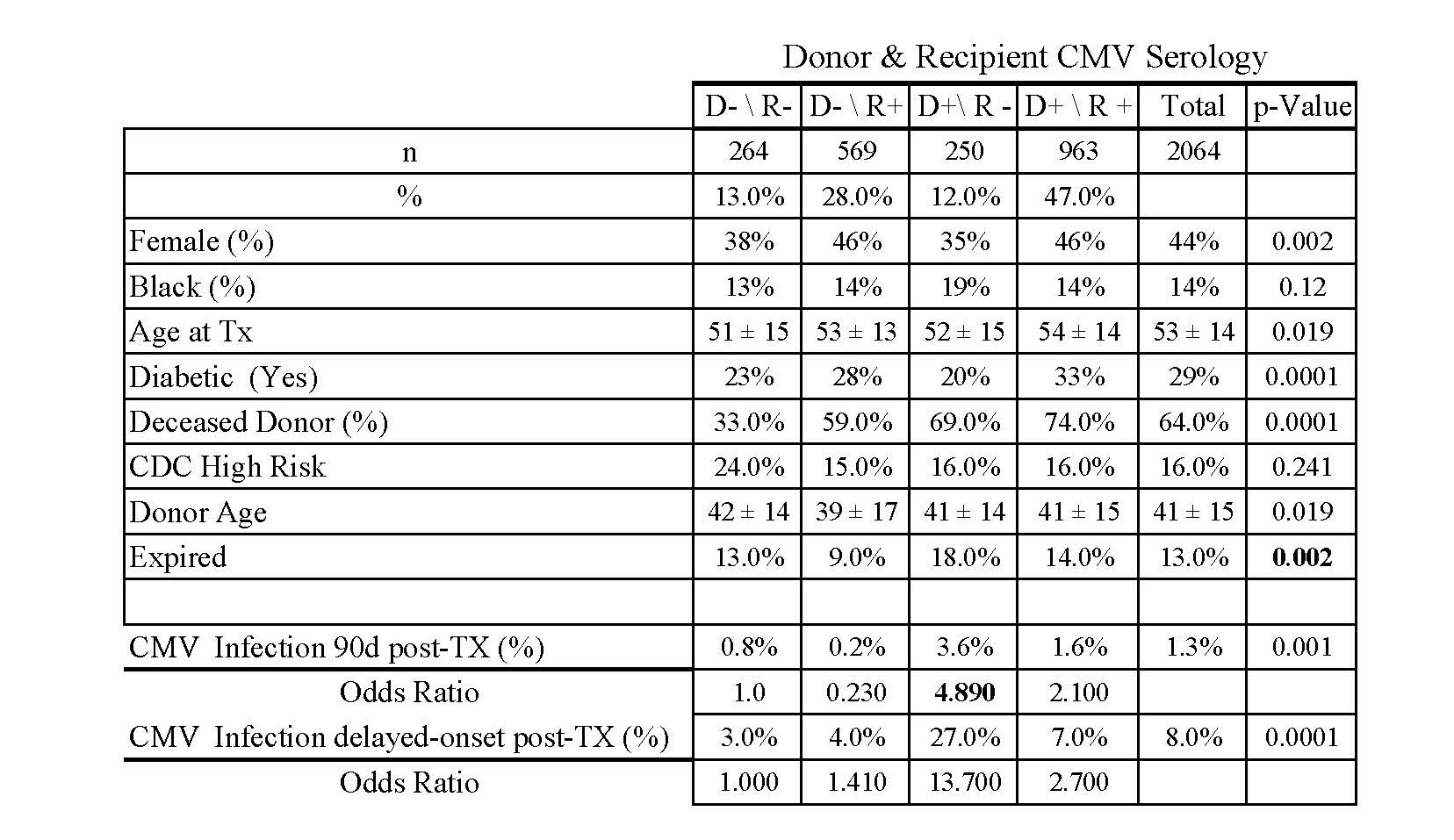