Introduction: Islet transplantation (Tx) is a promising treatment for type 1 diabetic patients. While intraportal injection is the current gold-standard method for clinical islet Tx, the renal subcapsular space is considered a preferable transplant site for experimental Tx, mostly due to the avoidance of the instant blood-mediated inflammatory reaction. As an invasive approach to the renal subcapsular space is impractical for severe diabetic patients who usually have diabetic nephropathy, a similar approach using transplant sites other than the kidney is needed. We previously reported that islet transplantation with syngeneic keratinocyte sheets onto the liver surface (LS) achieved glycemic control in diabetic rats. However, lot-to-lot variations in keratinocyte sheets and strong adhesion between the diaphragm and liver remain issues to be resolved. We therefore investigated the utility of a gelatin hydrogel nonwoven fabric (GHNF) as an effective alternative to keratinocyte sheets when islet grafts are transplanted onto the LS.

Method: Male Lewis rats were used as both donors and recipients. As experimental groups, 10 or 20 islet equivalents (IEQs)/g of recipient body weight were seeded onto the GHNF and then, placed onto the LS, and covered with an adhesion barrier (Seprafilm®; LS with GHNF 10 group [n=21] and LS with GHNF 20 group [n=6]). As control groups, intraportal injection of islets (5 IEQs/g; Ipo group, n=8), placement of adhesion barrier on the LS (AB group, n=11), and islet alone Tx onto the LS (10 IEQs/g; LS alone group, n=4) were also performed. The graft function was evaluated by the non-fasting blood glucose levels, body weight, and intravenous glucose tolerance test. Serological and immunohistochemical analyses of transplanted islets are currently being performed. 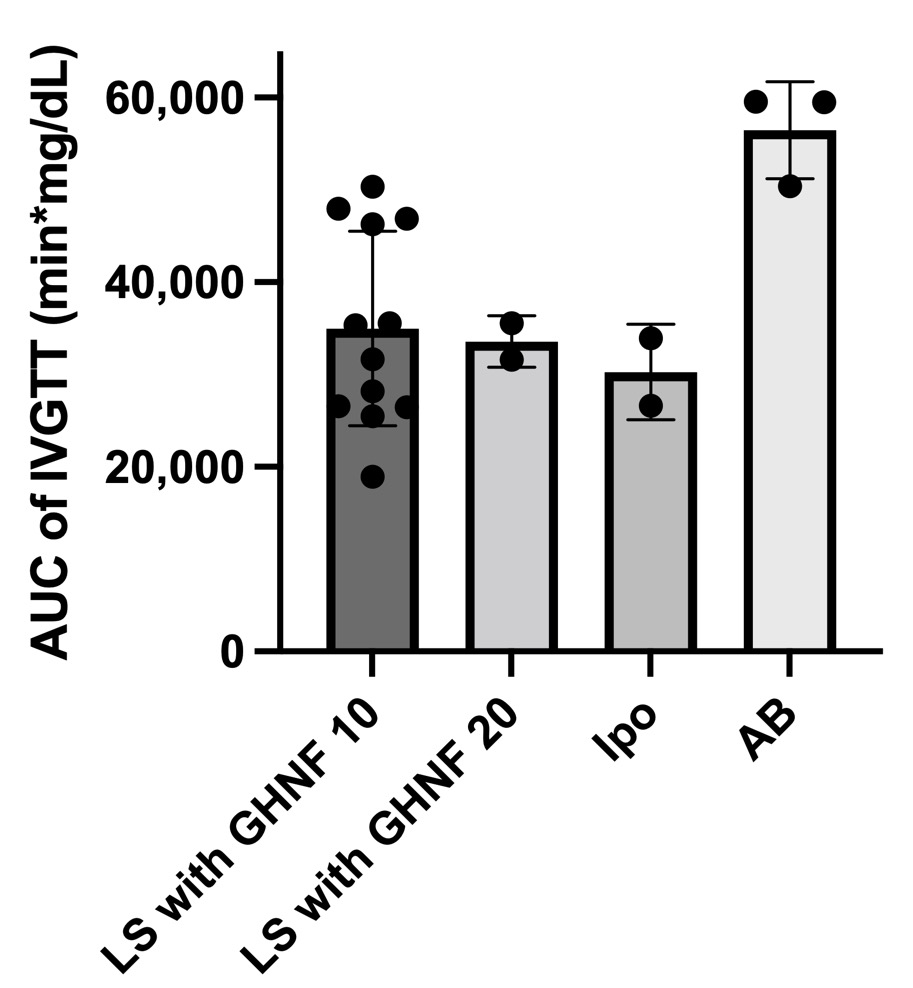 Conclusions: Given these findings, a GHNF may be a stable and effective alternative to keratinocyte sheets when islets are transplanted onto the LS. Based on the present proof of concept for liver surface Tx, this procedure in combination with an angiogenesis approach may be an attractive strategy going forward.