Introduction: In Brazil covid-19 caused more than 22 millions cases and 600 thousands of COVID-19 related deaths at the end of the second year. In 2022 the Omicron variant wave  caused millions of cases worldwide and 7.4 million reported cases by March 23 in Brazil. This last variant is associated with a high infectivity and evasion from immune response, but less severe disease and hospitalization compared to previous variants. The better outcome is probably due to lower pathogenicity and immunization rates in 2022. However, reported data have shown that kidney transplant recipients (KTR) remain as a vulnerable group associated with worse outcome. The aim of this study is to evaluate the clinical presentation and outcome of covid-19 among hospitalized KTR with COVID-19.

Methods: We performed a retrospective description of 297 KTR with confirmed COVID-19 pneumonia by positive real-time reverse transcription–polymerase chain reaction (rRT-PCR) for SARS-CoV-2 in a respiratory specimen (n = 289 patients); or positive antigen test (n = 8 patients). The patients were hospitalized in a tertiary university public hospital in São Paulo metropolitan city from the beginning of the pandemic - March-2020 until February-2022. Periods were defined according to epidemiological surveillance of cases, and the three well-characterized periods also overlap with predominant variants circulation in Brazil. The first period represents Wuhan variant, the second period Gama and Delta variants and the third and last period Omicron variant. Baseline characteristics, management, and outcomes were stratified by periods. 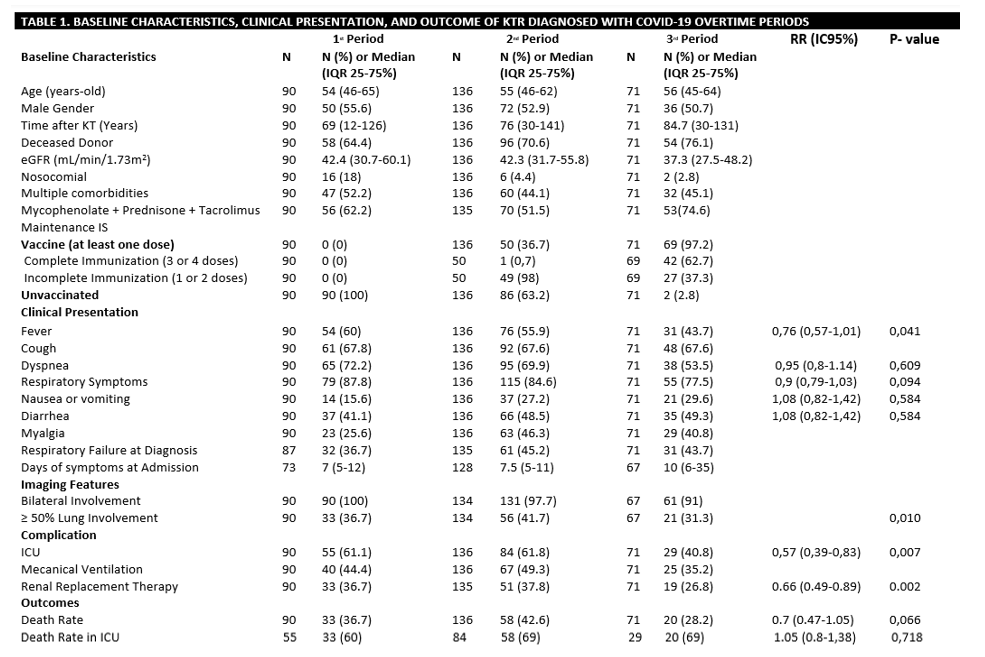 The baseline characteristics are similar between the three periods. In the third period more than half of the cohort had already completed immunization (62.7%). Cough, dyspnea, and fever were the most common presenting symptoms through the three periods. Although there was no statistical significance, there is a trend to less respiratory symptoms and fever at hospital admission in the third period and more atypical clinical presentations such as diarrhea. Also, we found a statistically significant longer time until patient admission at the hospital. ICU hospitalization reduced with statistical significance over time as well as there was a downward trend in death rate. However, among patients admitted to ICU, the mortality rates are similar through the study.  In the multivariate analysis, age, creatinine at hospital admission and multiple comorbidities are associated with higher risk of mortality, an complete immunization was a protector factor for mortality.

Conclusion: KTR with COVID-19 caused by omicron apparently were admitted with a longer duration of illness, less pronounced symptoms, and lower ICU hospitalization rates. However, among those admitted to ICU, the mortality rates are similar independent of the study period. Complete immunization was associated with lower mortality risk. 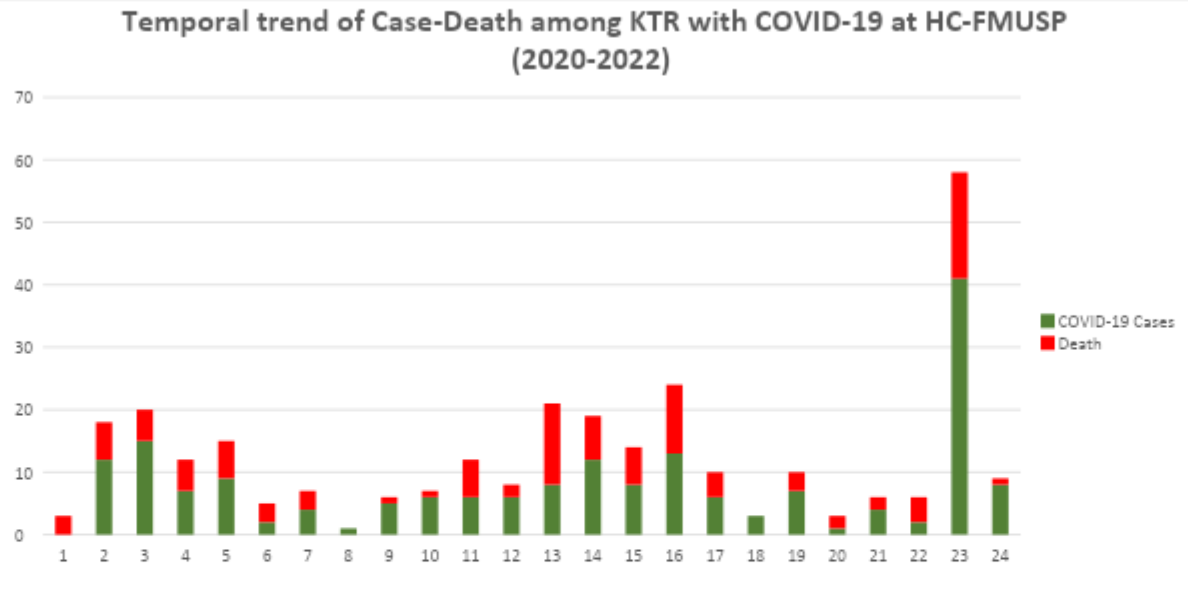