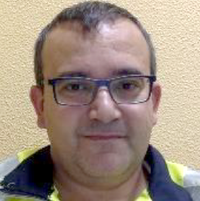 Intensivist, caring about organ donation process since 18 years, worked for many years in Neurological ICU and at the local TPM unit of the biggest hospital in Milan (ASST Grande Ospedale Metropolitano Niguarda).

Involved in the prehospital emergency system, works as HEMS-SAR doctor on helicopters and on ALS units on the ground since 14 years.

He collaborated at the development of DCD programs in the region and in Italy and now he works at the Regional Transplant Coordination of the region Lombardia and in the Regional Emergency and Urgency Agency caring about organ transplant logistic and the role of prehospital system in organ donation .

Sustaining life after brain death during pregnancy: a case report

The brain death of a young pregnant woman is an event which poses several ethical and clinical  criticalities for  health professionals.  During the first wave of COVID-19 pandemia in 2020, a 23-year old woman at 24+3 weeks of gestation was admitted in our Neurointensive Care Unit, for  intracranial bleeding. At the admission the patient met the criteria for the diagnosis of brain death. On  the  arrival, the foetus was vital. Therefore, we proceeded to maintain the vital functions of the mother, aiming to provide the foetus with a chance for survival. The clinical treatment was performed around the following key concepts:

The treatment, described above allowed the foetus to develop within the standards and  a caesarean section was  performed at 30 weeks of gestation (after 39 days of hospitalization); the child was born with weight of 1670 grams (90° percentile) and of length 44 centimeters (97° percentile). Following the birth, the child required intubation and respiratory support for 36 hours and surfactant administration, after which he was successfully extubated. As of the date of this abstract, the child shows a standard psychomotor development.