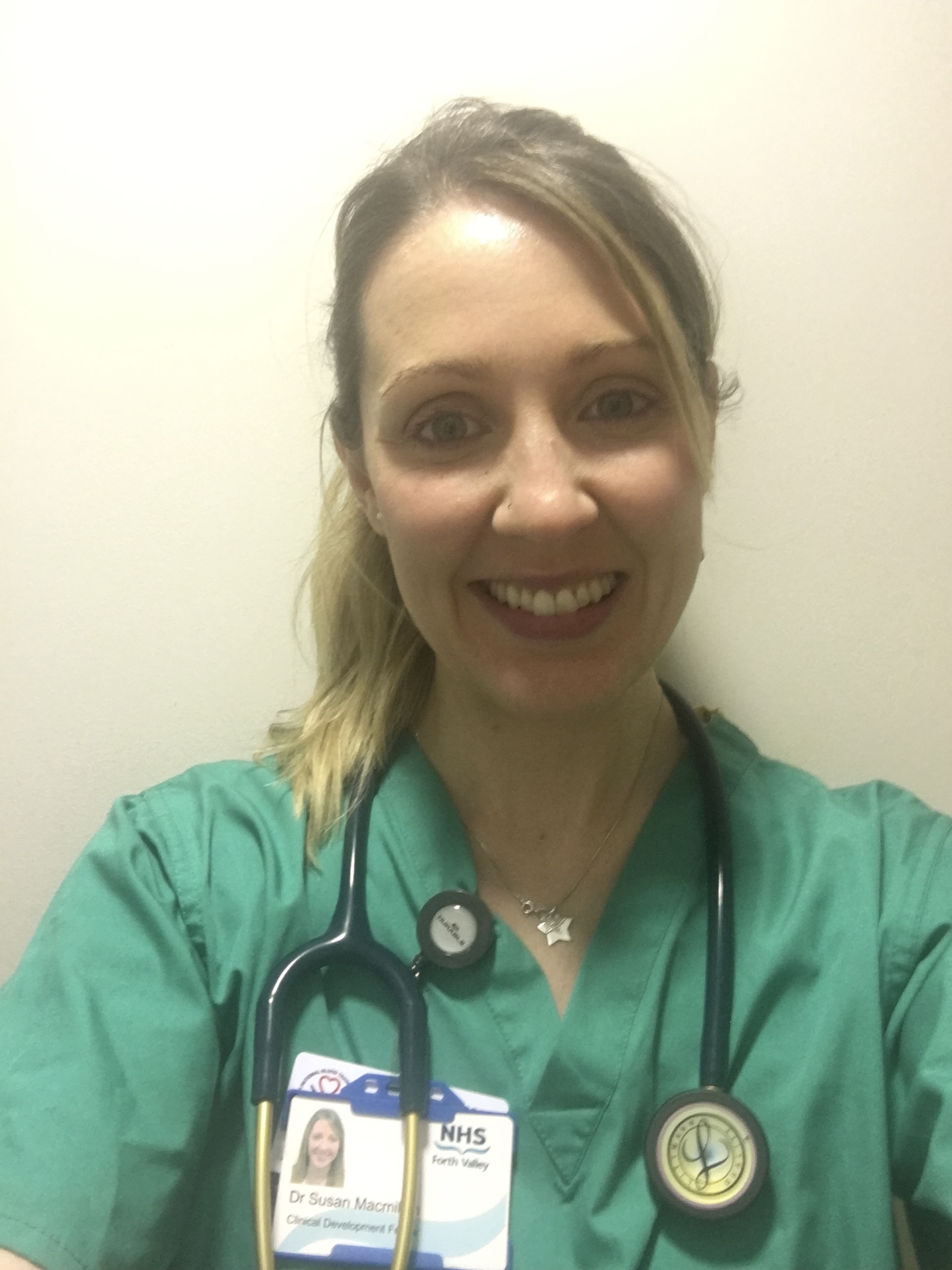 Background: This project was undertaken by a Junior Dr a hospital Emergency Department (ED) in Scotland.  The aim was to increase tissue donation referral rates for deceased patients, by referring at least 50% of potential donors.  Eligbale potential donors were those who did not have dementia, haematological malignancy or blood borne virus.  The number of potential donor deaths monthly was around 7, making tissue referrals a low frequency but high acuity event.  It was a small project but so successful that the materials developed were rolled out Nationally.

Method: Using the Plan Do Study Act approach, multiple departmental interventions were undertaken. These included surveying staff to identify barriers to tissue donation; focused teaching moments; posters to prompt staff in key clinical areas; development of a clear process algorithm, pocket sized laminated Tissue Donation Information cards for staff, as well as a suggested “script” to raise donation with families, and regular progress updates on referral rates both written and verbal. The Potential Donor Audit data was collected monthly from August 2017 until June 2019 by the Tissue Donor Co-ordinator on all deaths and referrals from the department. Prior to this there had been no referrals made. Before approaching families to discuss tissue donation the Tissue Donor Co-ordinator should be contacted to check the Organ Donor Register and confirm eligibility for donation. This is considered as a ‘referral’ for audit purposes irrespective of whether donation proceeds. 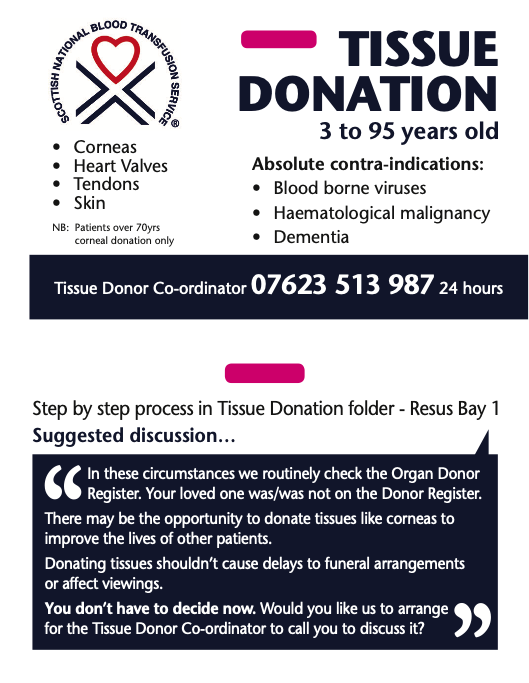 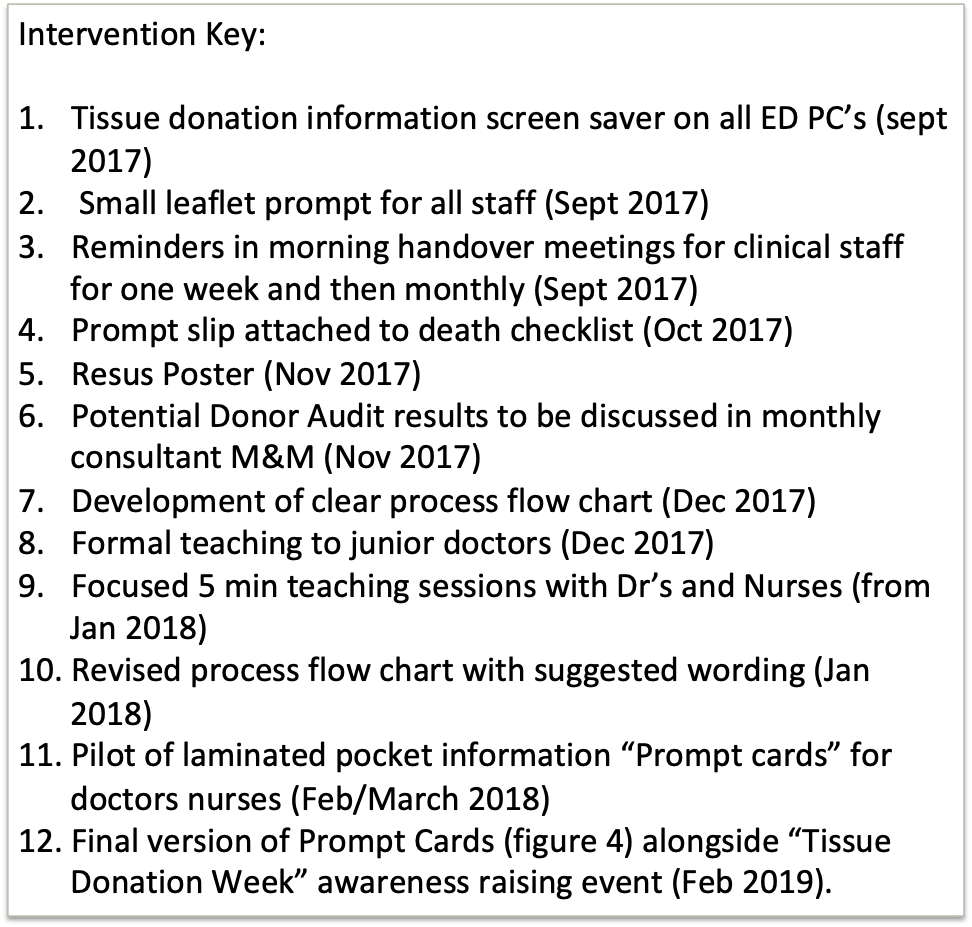 Conclusion: This project resulted in significant improvement in referral rates. The cumulative effects of the interventions are most likely to have resulted in the improvement. Anecdotally staff fed back that the process flow chart  and the pocket information cards have been the most helpful interventions in their day to day practice. The methods used in this Quality Improvement Project could readily be applied in other ED's who are introducing tissue donation or looking to improve referral rates.  During 2021 the prompt cards developed were disseminated Nationally to ED's and Intensive Care Units  in Scotland who are able to facilitate Tissue Donation.