Background: Both aged and donation after cardiac death (DCD) donor liver, considered as marginal organs, were used for transplantation due to huge organ shortage in the world. Organs combined with both danger factors would impair the donor liver viability. Using normothermic machine perfusion (NMP), we investigated the possibility of mesenchymal stem cells (MSCs) to revive the aged DCD donor liver in a rat model.

Methods: The SD rats used for NMP were all over 14 months of age. BMSCs were isolated from the bone marrow of SD rats. Rats were anesthetized and cardiac arrest was induced by compression of the heart for 30 minutes as warm ischemia prior to donor liver harvesting. The liver was connected to a rat liver perfusion machine for NMP with or without 10^6 BMSCs infusion.

Results: The weight of the aged liver in the experimental and control groups was 23.03 ± 0.25 g and 21.40 ± 0.87 g. the donor liver appeared to multiple bruised foci in both prior- and post- perfusion, while liver with BMSCs perfusion had fewer bruised foci (Figure 1A, B). The pH was maintained between 7.35 and 7.45 in both groups during perfusion. Lactate in the BMSCs group decreased after 1 hour during perfusion and fell below 1 gradually within 3 hours, while in the control group it decreased more slowly and remained around 4 even after 4 hours of perfusion (Figure 1C). Pathological appearance showed that the pathological Suzuki‘s sores of liver in the control group were higher than MSCs group, with bruised liver sinusoids, apoptosis and focal necrosis of hepatocytes. In contrast, pathological change in the liver of the BMSC group showed significant improvement with no obvious necrosis and structural integrity of the liver lobules (Figure 1D). The climbing rate and peak value of AST and ALT in the BMSCs group were lower than that in the control group, indicating that BMSCs protected liver from damage during perfusion (Figure 1E, 1F).

Conclusion: Our results demonstrate that the use of MSCs during normothermic machine perfusion is a feasible strategy to resuscitate the aged DCD donor liver. 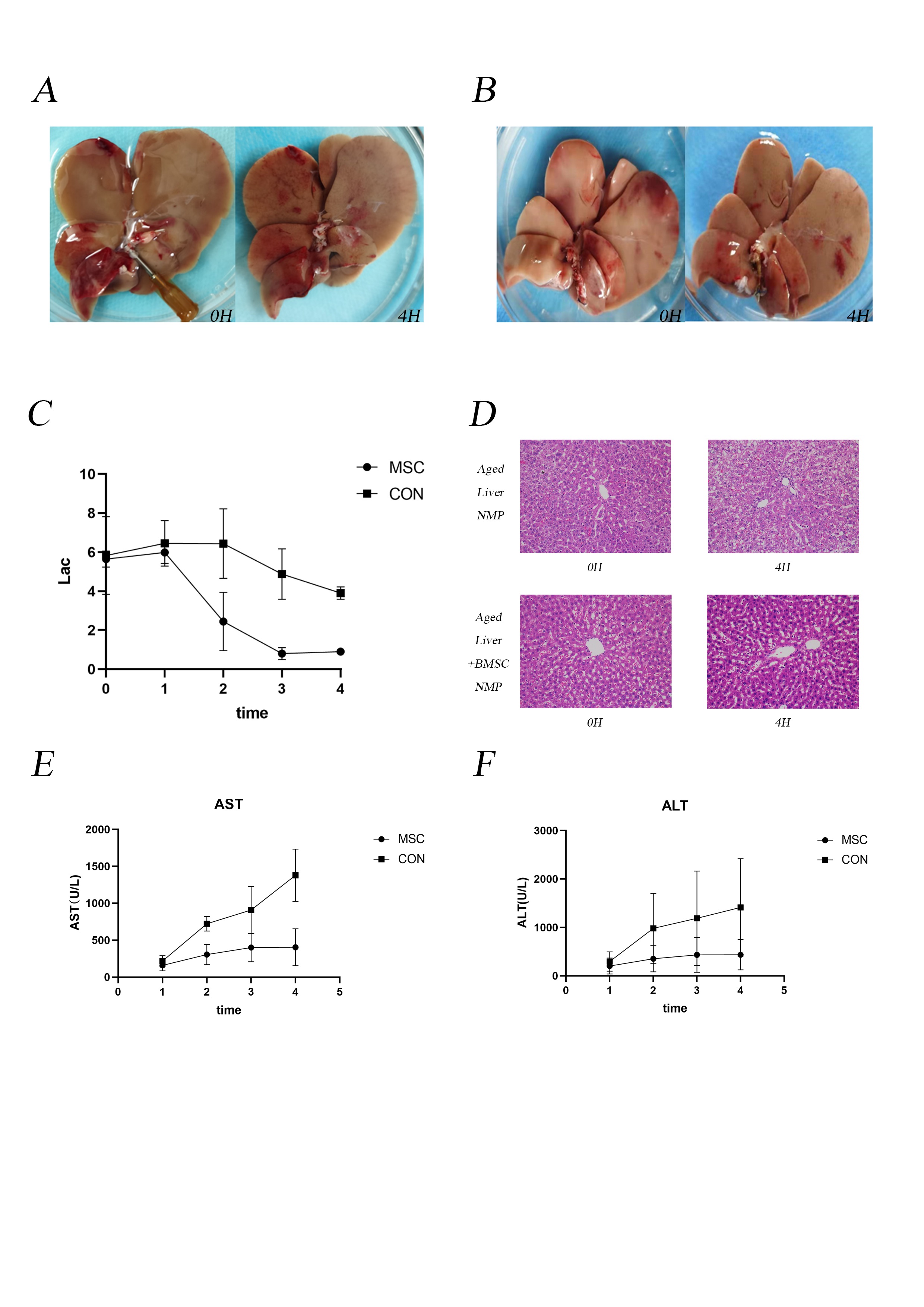