Introduction: Current clinical practice of assessing the quality and suitability of a donor liver for transplantation does not allow to exclude cases of graft primary non-function and, at the same time, leads to an unreasonable refusal to transplant a significant number of functionally suitable organs. In this regard, an urgent task is to search for new methods for additional objective assessment and monitoring of the state of the donor organ during the peritransplant period. The aim of the study is to determine the clinical utility of monitoring interstitial concentrations of glucose and its metabolites to assess the viability and functional state of a donor liver before and after transplantation.

Method: Retrospective, observational, single-center clinical study included 32 cases of liver transplantation. Along with standard methods for assessing the initial graft function, interstitial (inside the liver) concentrations of glucose and its metabolites were monitored during the first week after transplant. In 18 cases, the parameters of interstitial glucose metabolism were also studied during static cold storage (SCS).

Results: In cases of early allograft dysfunction (EAD), compared with normal initial graft function (IGF), statistically significantly higher interstitial lactate concentrations were observed as early as 3 hours after reperfusion: 12.3 [10.1; 15.6] mmol/l versus 7.2 [3.9;9.9] mmol/L (p=0.003). A value above 8.8 mmol/l may be considered as a criteria for the immediate EAD diagnosis (sensitivity - 89%, specificity - 65%) - Figure 1. 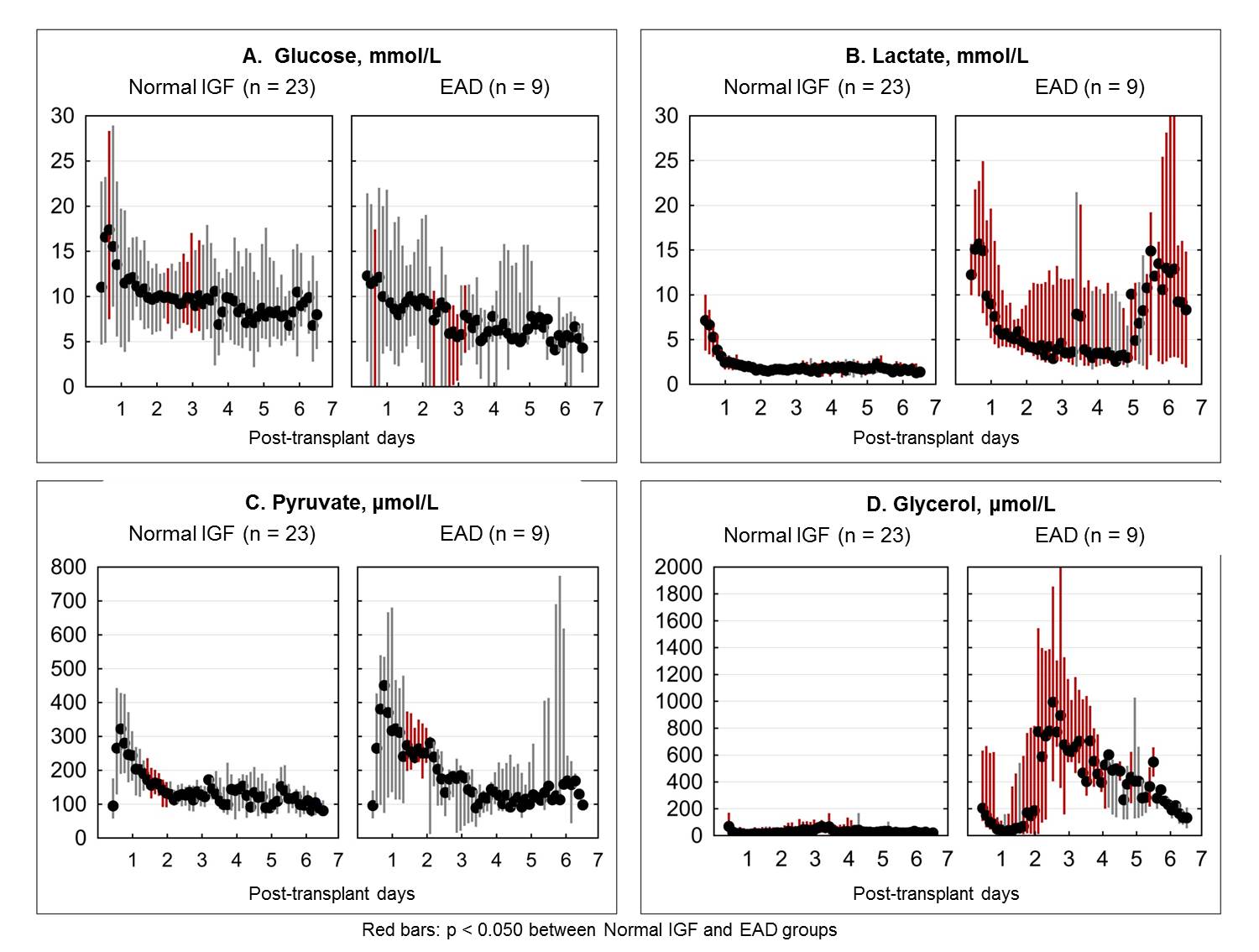 Dynamics of interstital concentrations of glucose and its metabolites during SCS are shown at Figure 2. 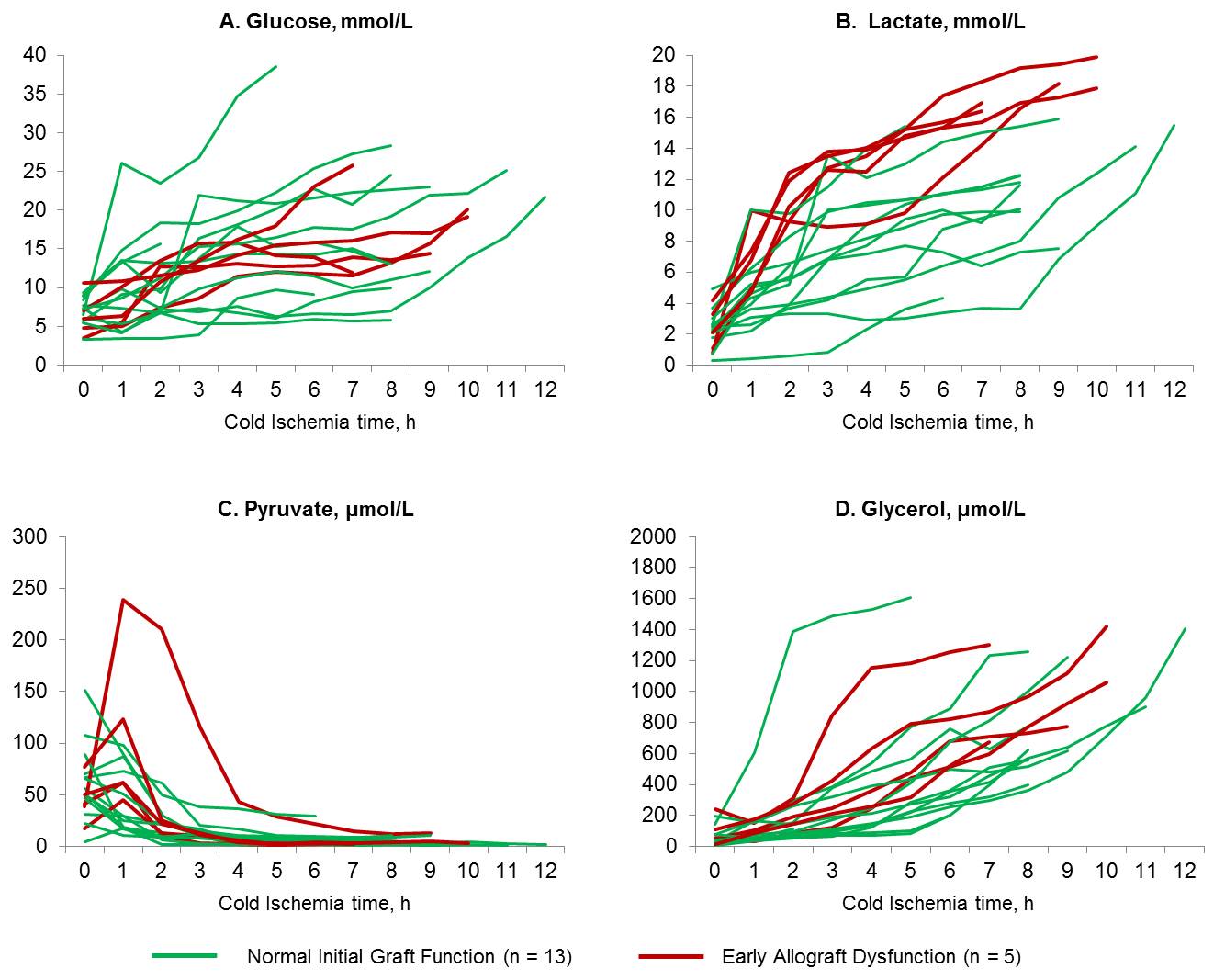 Only interstitial lactate concentration at the end of SCS and the area under the curve "lactate concentration - duration of SCS" were associated with the initial graft function (Figure 3). Values greater than 15.4 mmol/l and 76.1 mmol/l*h, respectively, with a sensitivity of 100% for both parameters and a specificity of 77% and 85%, can be used to assess the risk of primary EAD. 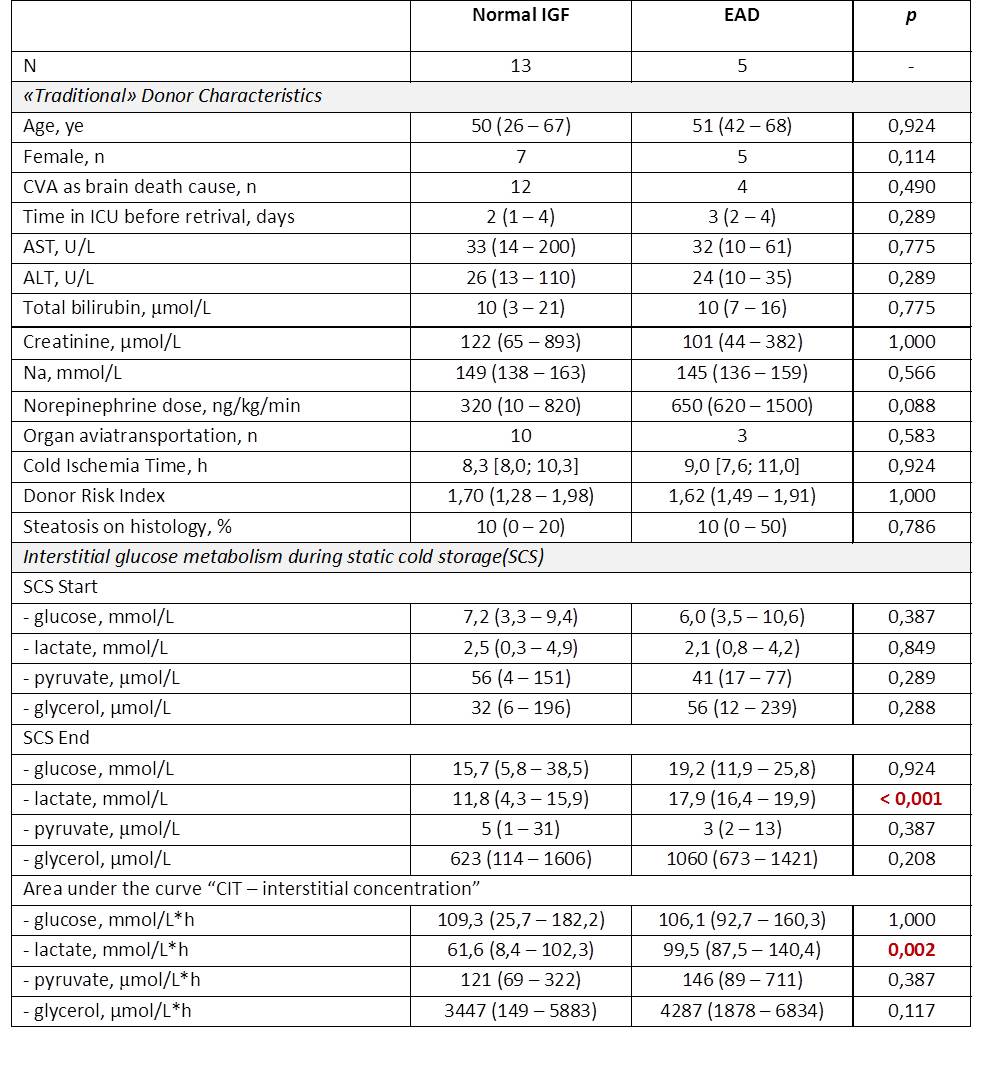 Conclusion: Monitoring of interstitial concentrations of glucose and its metabolites, primarily lactate, is an objective additional method for the donor liver viability assessment both during SCS and in the early postoperative period.

Presentations by Alexander I Sushkov