P11.35 Using Emotional Text Mining to explore the cultural representation of organ donation in the Spanish and Italian culture 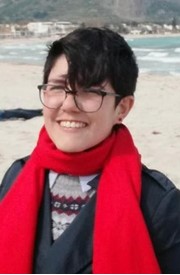 Introduction: Spain is considered the world leader in the field of organ donation, reaching the highest percentage of donors. This is the effect of an organization based on strong network relationships, specific training for health professionals and a focus on the promotion of organ donation among the population. Other countries, such as Italy, have adopted the Spanish model in their healthcare model for this issue, but still failing to reach the Spanish primacy. Cultural representation of organ donation can variate among countries, explaining the differences in the number of final donors. In literature there are no research on this facet of organ donation. With this work we aimed to investigate the cultural elements influencing the choice to donate in Italy and Spain.

Method: To achieve this goal, we collected from two of the major newspapers of Italy (Il Corriere della Sera and La Repubblica) and Spain (El Pais and El Mundo) all the published articles between 2001 and 2021, containing the respective translation of “Organ Donation”. The two large final corpus, made up of 846 articles for the Italian and 571 for the Spanish one, were analyzed through the Emotional Text Mining (ETM; Greco & Polli, 2020), a non-supervised text mining methodology that allows the detection of cultural representations that sets people interactions, behaviors, attitudes, and communication.

Results: The analysis produced 4 cultural representations for the Italian corpus and 5 cultural representations for the Spanish one. The principal representation for Spain is the organ donation as a national project, while in Italy prevails the facet of donation as a saving-life product, more oriented to an individual point of view. In Italian newspapers emerges the theme of death, an element felt as necessary as unacceptable. In Spain the principal step for donation is the family where citizens, as potential donor, can discuss about donation. Moreover, donation has a point of view on the circle of life, where death is a step to a final vision of lifesaving. Another big difference between the two nations is related to developmental process: the Italian model seems to be rooted in established promotional models, while in Spain emerges the desire for continuous growth and innovation, founding the promotion of organ donation on a strict relation between the citizen and the State. Finally, in Spain organ donation is connected to other fields (e.g. blood, gamete and tissue donation), while in Italy the issue is lived as totally isolated from other context.

Conclusion: In conclusion, exploring the cultural representations of organ donation in these two countries allowed us to understand deep cultural differences. Results would be used for countries to work on the sensible areas, such as with focused promotional campaigns to the citizens. This work could help to improve the substantial differences in donation rates, increasing in this case the number of Italian donors.