P4.03 Anesthetic management of a glycogen storage disease type 1a with air embolism during liver transplantation: a case report

Anesthetic management of a glycogen storage disease type 1a with air embolism during liver transplantation: a case report

Introduction: Glycogen storage disease type 1a (GSD-1a) is a rare autosomal recessive inborn error of metabolism caused by deficient activity of G6Pase. Orthotopic liver transplantation (OLT) may be considered in patients with difficult metabolic control despite medical treatments. We present an anesthesiologic approach in a rare patient with GSD-1a who developed venous air embolism (VAE) during OLT.

Case Presentation: OLT was planned a 1-year-old boy diagnosed with GSD-1a. He had poor metabolic control and resistant lactic acidosis. CHILD-score as A and PELD-score as 0. On preoperative evaluation the patient was fasted for 4 hours before surgery. To prevent hypoglycemia, infusion was started with dextrose solution and close blood glucose monitoring was performed. During intraoperatif organ dissection, sudden hypotension and a drop in end-tidal CO2 occurred after rupture of the vessel wall due to dilatation of the hepatic vein. VAE was considered and an attempt was made to aspirate air from the central venous catheter. After the new air supply was blocked by the surgical team, the patient was ventilated with 100 % oxygen. However, the patient was immediately placed in Trendelenburg and left lateral positions, and vasopressor support was started. With all these interventions, hemodynamic stabilization was achieved. The patient was transferred to ICU postoperative as intubated with vasopressor support. The patient was extubated according to the weaning criteria following consciousness. His neurological examination was normal, therefore no complication due to VAE was suspected. 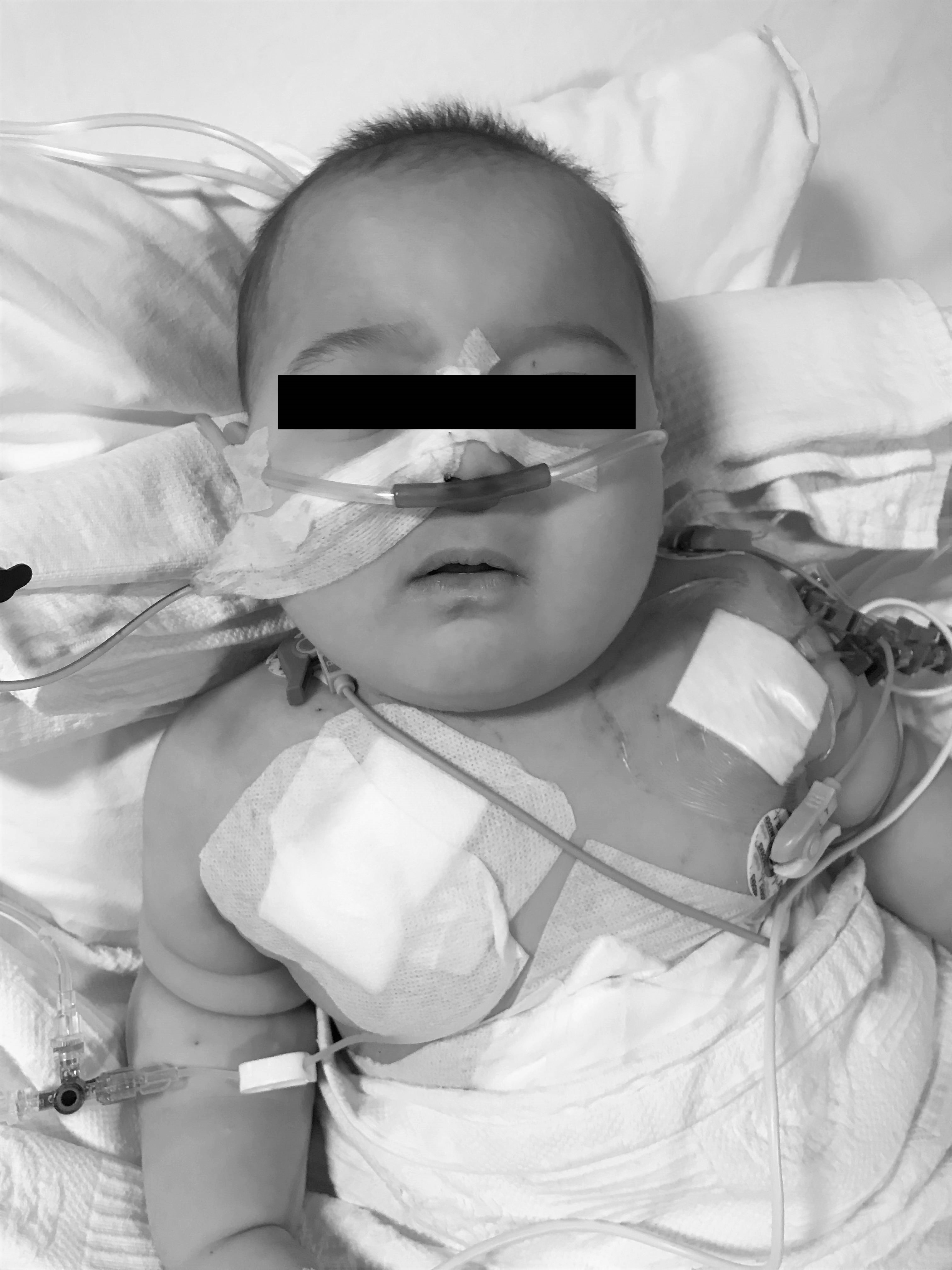 Discussion: Glycogen storage diseases occur as a result of enzymatic abnormalities that lead to abnormal concentrations or structures of glycogen. As fasting hypoglycemia is the most important problem of the disease, a short duration of preoperative fasting is recommended for such patients. We offered 4 hours fasting to our patient and started infusion of dextrose solutions. VAE is the condition in which air enters the systemic venous circulation from the operation area or during interventional procedures. Intraoperative VAE in OLT is an important complication. A sudden decrease in end-tidal CO2 in anesthetized patients may appear as the earliest sign of air embolism. Hypoxemia, hypercarbia, hypotension, tachyarrhythmias were seen. In our case, almost all of these findings were seen. After the diagnosis of VAE, early intervention is very important. In our case, we intervened in our patient by following the intervention algorithm for VAE. No complications were observed due to VAE in our patient in the postoperative period.

Conclusion: In conclusion, GSD-1a is a rare disease that can cause serious multisystemic problems, therefore anesthesia management of these patients requires a multidisciplinary approach. Although the frequency of air embolism in OLT surgery is not very high, intraoperative close follow-up and early intervention is important to avoid long term complications.