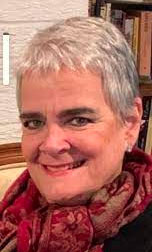 Josefina Alberú graduated from medical school at the Universidad Autónoma de Guadalajara, México, with the highest honors in her generation. After two years of training in Experimental Surgery she completed her residency in Internal Medicine, General Surgery, and a Fellowship in Transplantation Surgery at her alma mater, the Instituto Nacional de Ciencias Médicas y Nutrición Salvador Zubirán (INCMNSZ). The INCMNSZ, a public institution par excellence, has most certainly provided the best standards of patient care, and teaching in many areas of Internal Medicine, Surgery and Research for the past 75 years in México. She was staff member of the Transplantation Department at the INCMNSZ in Mexico City since 1989 to December 2018, and Head of the foregoing Department from 1995 to May 2012. She took particular pride in having had the opportunity to train numerous residents in kidney transplant surgery with ethical practices in transplantation central to education efforts in this area, and the conviction that there is an urgent need to have enough transplant surgeons to cover the demand in the 32 states of the Mexican Republic.