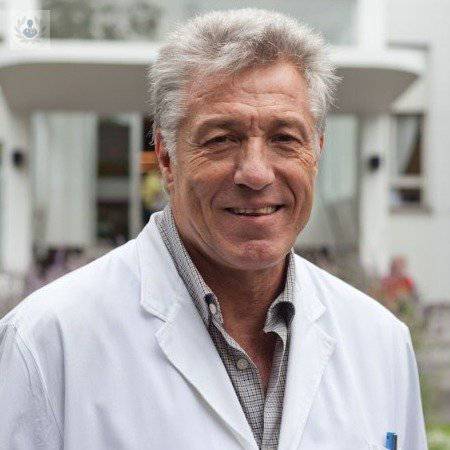 He has extensive experience in various prestigious institutions such as Hospital El Cruce and Hospital Británico de Buenos Aires. He is the author of 94 publications, has participated in 14 book chapters and has been a speaker at 398 national and 239 international conferences. He is a Fellow of the American Society of Hepatology (FAASLD). He is part of different associations, including the Argentine Transplant Society (SAT) and the Argentine Association for the Study of Liver Diseases (AAEEH); societies of which he was President, as well as the International Society of Hepatology (IASL) and the International Liver Transplantation Society (ILTS), of which he is the only Argentine to have held that position. He currently chairs the Foundation for Teaching and Research of Liver Diseases (FUNDIEH).