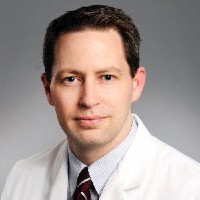 Andrew Adams MD/PhD isProfessor of Surgery and Chief of the Division of Transplantation at the University of Minnesotawhere he holds the John S Najarian Chair in Clinical Transplantation. He is also the Executive Medical Director of the Solid Organ Transplant Service Line at M Health Fairview. He received a combined MD/PhD with an emphasis in Transplantation Immunology from Emory and subsequently completed his General Surgery Residency at Massachusetts General Hospital, Harvard Medical School. He returned to Emory and completed a fellowship in Transplant Surgery where he remained as a faculty member until joining the University of Minnesota in September of 2020. His research efforts are concentrated on the development of novel strategies and therapeutics to promote transplantation tolerance. He has made important contributions to our understanding concerning the interplay between viral infection, immune memory and the allo-immune response. He is also an internationally recognized expert in large animal models of xenotransplantation (pig-to-non-human primateorgan transplant).His clinical practice is focused on abdominal organ transplantation with afocus on liver & kidney transplantationin both adult and pediatric patients. One of his primary clinical research interests is resource utilization following kidney transplantation including defining the factors that drive increased burden of hospitalization and inferior outcomes. He has mentored numerous pre-doctoral students, post-doctoral fellows and PhD and MD-PhD candidates. He and his trainees have received numerous awards from professional societies.

Presentations by Andrew B. Adams